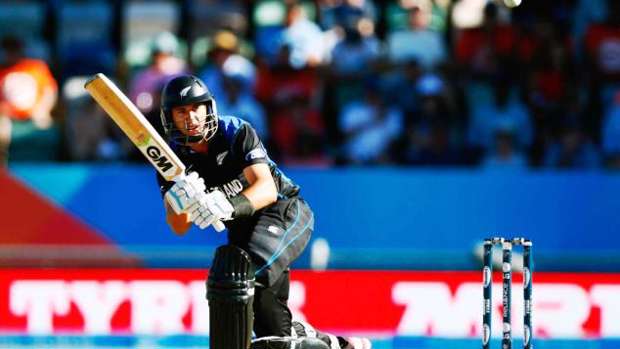 The past week in Hawke’s Bay has been all about the cricket.

Everyone seems to have caught “cricket fever” to varying degrees, with people taking part in different cricket themed events and of course, attending any of the three ICC Cricket World Cup matches we’re lucky enough to have at McLean Park.

We hosted the Black Caps signing session at the Sound Shell last week and had a go at Whack a Wicket.  If you’re not familiar with this game, it involves two people (or two teams) rolling a large inflatable ball towards a large inflatable wicket and trying to knock the large inflatable bails off the top. Martin supposedly won, but Sarah is quick to point out he had the wind behind him and barely even needed to push his ball.

In fact, Sarah says he really only gave the ball a small push at the start and then it bounced its way toward the wickets by itself!  Martin says Sarah is full of enough hot air to fill the inflatable’s with just a couple of breaths. The video is on our Facebook page if you’d like to witness this great example of sporting prowess.

Next week, we’ll be swapping the cricket bails for hay bales as “horse fever” descends on the Bay.  This is not an event Sarah particularly looks forward to, for one reason. Every year at the Horse of the Year Friday night Extravaganza, Sarah gets assaulted by a horse. Or more accurately, a man in a horse costume who goes by the name of Harold.

Two years ago, Sarah was encouraged by Harold to jump on his back.  When she resisted Harold assured her he was very strong and could hold her no problem.  Turns out he couldn’t.  Sarah was not about to let the same thing happen the next year, so when Harold the Horse entered the arena, Sarah made sure to keep a safe distance away. Unfortunately, this made no difference as Harold simply lassoed Sarah, got her on the ground and proceeded to hog tie her, whilst Martin stood by laughing and clapping.

This year Sarah is planning to avoid any unfortunate incidents by staying in the audience during Friday night’s activities…although she’ll still keep her eyes open, you never know where that naughty horse might be lurking.