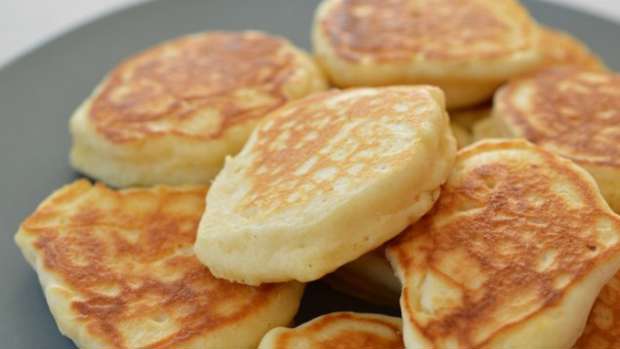 The other day a Scottish friend was coming over to visit and I mentioned it was excellent timing as we’d just made pikelets.

“What are they?” she responded.  “Pikelets” I repeated slowly as apparently we pronounce this oddly in this country (I cannot count the number of times I’ve been mocked for the way I say “eggs” or “red” or “bread” or pretty much any word with the “e” sound).  “You know, like mini pancakes” I said and was astounded when she replied that she’d never heard of them.

Turns out those little dollops of delight that most of us munched on during our childhoods (with a bit of cream and jam if you were really lucky!) are not that common in other parts of the world.

After some extensive research I discovered that in the UK, pikelets are a regional version of crumpets believed to be of Welsh origin and are sometimes known as flat crumpets.

It made me wonder what else is ‘lost in translation’ so we asked our listeners and it turns out, there are quite a few things that make the list.

We all know American’s love their fruit pies but filling the pastry with meat and gravy is a foreign concept.  I can imagine it must come as quite a shock to those who think they’re biting into an apple pie only to find it filled with steak!  Biscuits are another one that may be misinterpreted by those who hail from the states.  We all know what a biscuit is here but if you offer an American a bickie, be prepared for them to ask for some gravy on the side.  Over there they call biscuits cookies and what they call a biscuit is more of a scone that they smother in gravy.

One listener said she had great difficulty trying to explain spaghetti in a can to an Italian family.  Apparently their looks were incredulous as they exclaimed “You mean overcooked squishy pasta in ketchup in a can?”

Wrong.  It’s overcooked squishy pasta in tomato sauce not ketchup.  And frankly they don’t understand the delicious convenience they’re missing out on!

We probably shouldn’t mention to them that some of us don’t even heat it; we just eat it straight from the can.