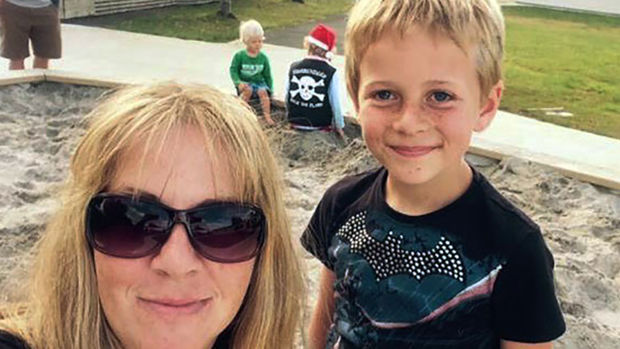 A Kerikeri great-grandmother has stepped in to help a boy who had no grandparents to take to his school's Grandparents' Day.

Eighty-year-old Barbara Nock, or Nana Nock as she is affectionately known, answered a request to accompany 9-year-old Harry Fox to Riverview School's Grandparents' Day next Monday.

Harry's mum Nicola George put a heartfelt plea on Facebook, saying Harry did not have any grandparents to go with and asking if they could "borrow someone else's for the morning".

George's mum lives in the United Kingdom and her father, who lived in Kerikeri, died a year and a half ago.

Harry's grandparents on his father's side are dead.

George said Harry was quite upset he wouldn't have someone to take.

"I couldn't believe the response I got. I got quite a few messages. I've gone with the lady who first messaged me, she didn't put a comment on the post."

George said when she told Harry, he put his head on her shoulder and when she asked if he was tired, he replied: "I'm just really pleased I've got a nana."

"Already he thinks of her as his extended family," George said.

The pair were meeting for the first time after school today.

Nock said she spotted the post on Facebook and saw people had made a range of suggestions, from taking a neighbour to George going along.

"I thought that's not right."

Nock She's had plenty of practice at being a grandmother and a great-grandmother. Barbara Nock who has 13 grandchildren and 10 great-granchildren, is taking on another grandchild just for the day.

She said grandchildren were very special, and a magnet on her fridge summed up how she felt about hers.

It reads: "If I'd known having grandchildren was so much fun, I would have had them first."

Riverview School deputy principal Alison Ayrsaid it was the first year they had held Grandparents' Day.

She said the aim of the day was to bring the older generation to the school.

She said right from the start they told the students if they didn't have a grandparent to bring, they could bring somebody else significant to their family.

George described Nana Nock as "just amazing" for taking the time out to help.

"It wasn't about that in the end, people just wanted to help."

George will be attending Grandparents' Day in her own grandparent capacity. Her step-daughter Louise has a 5-year-old daughter called Lainey who also attends the school.