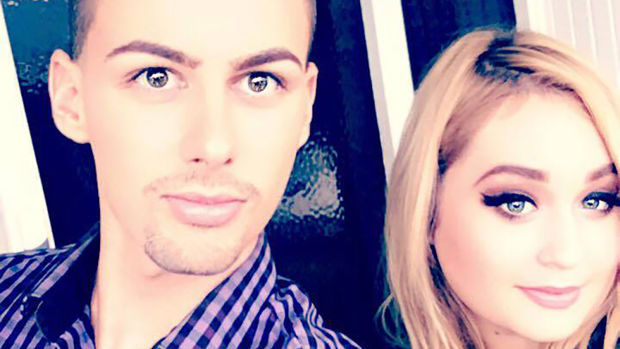 A gay Whangarei man was gobsmacked when he was told he couldn't get his eyebrows shaped because he's a man.

Jason Lee, 25, is speaking out to let others know the discrimination he experienced at a beauty salon is not ok.

Lee walked into O' La La Beauty on April 20 with his best friend Keely Wickliffe and asked to get his eyebrows threaded before going to a birthday party that night.

"We asked for an appointment but she told us males are not welcome in her salon. She said 'my salon is a safe place for women to come'... I was quite shocked.

"I just wanted my eyebrows threaded because I'm all about my eyebrows."

Lee said there were no signs that specified the salon was women only, the shop appeared to be empty and he could not see any cultural reasons why the man ban was necessary.

Wickliffe, 19, was upset to see the service denied to her friend. She's lived in Whangarei for her whole life and had never heard of services only being provided to one gender.

"I couldn't believe there was this sort of thing. He's so obviously a flamboyant, friendly person. It was really jarring."

Mel Taylor has run the salon since October last year. She said she did not intend to discriminate and was sorry for any offence caused.

"I just tried to create a little salon that women could come to and it's safe for them.

"A little oasis, so women can totally relax and just be themselves, say whatever they want, laugh or do silly girl things. That's all I wanted."

Taylor said she had denied service to some of her clients' husbands before but they had been understanding. She also said when Lee came in she had a client coming in five minutes and she was fully booked.

Taylor said she did not have a sign because she'd never thought of it before. But she would be happy to open her doors to any gender if not doing so caused a disruption.

A Human Rights Commission spokeswoman said in most cases discriminating based on sex was unlawful when providing goods and services. However, there are instances where it is not such as courses and counselling on personal matters, public decency, safety and nature of skill, and insurance.

"If Mr Lee feels that he has been discriminated against, he is welcome to lodge a complaint with the Human Rights Commission."

RainbowYOUTH spokeswoman Toni Duder said businesses had to be careful about who they turned away as someone could be a different gender than how they appeared.

"If he had been a trans-woman it would be different territory.

"I don't think it's the job of a mainstream beauty parlour to be a safe space for women though."