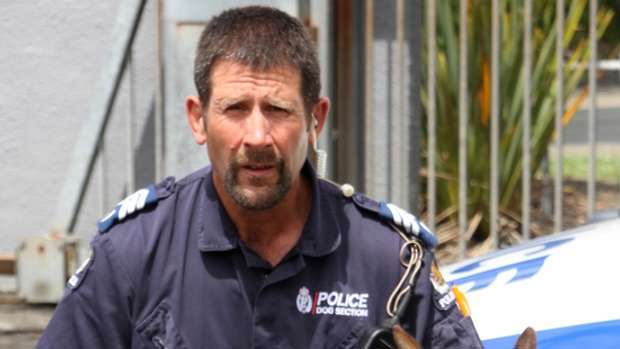 The thin blue line has been bolstered in the Far and Mid North with the arrival, from New Plymouth, of Sergeant Bruce McLeod and his dog Daz.

Kerikeri currently has a resident dog handler but this is a first for Kaitaia. Sergeant McLeod began duties with a night shift this week.

He is also serving as acting Officer in Charge of the dog section in Northland, until a permanent appointment is made. Sergeant McLeod said he and his wife, Kareen, who would follow him north when their youngest has completed his exams at New Plymouth Boys' High School, had been planning the move for some time.

The couple own land at Doubtless Bay and plan to build a house there. Mrs McLeod, currently employed as resuscitation co-ordinator at Taranaki Base Hospital, would also be looking to continue her career in the Far North.

Mr McLeod said he had been in the force for 30 years, had worked as a dog handler for 24 years (O/C dog section for 15 of those years), and had 20 years with the armed offenders' squad.

He had previously been stationed in Hawke's Bay and Whakatane. Daz is his seventh dog - the typical police dog had a working life of about eight years.

Daz had just turned two, and was young and keen, he said. "He's got a good temperament, but he switches on when it's time to go to work," Mr McLeod said.

And with jaws that could exert 600 pounds of pressure per square inch, he was deserving of respect. "The best advice I can give is that when a police dog is on the job, stop and do exactly as you're told," he said. "If you don't, you know it's going to hurt."