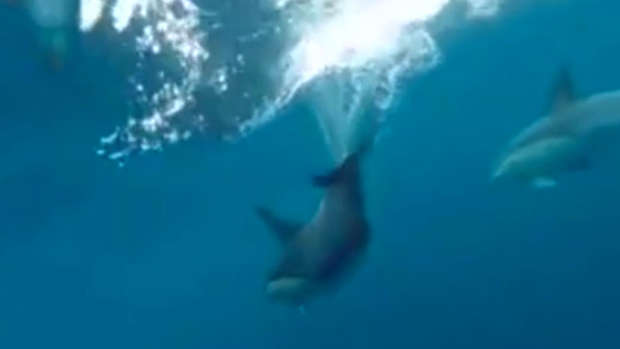 It's surely one of the only schools in the world to have a designated dolphin alert bell.

And the 200-or-so pupils arriving at Ngunguru School yesterday morning were greeted with an acrobatic display from a visiting trio of dolphins, delighting them and other passers-by.

"We have the old school bell, it's circa 100 years old and when they are spotted it's rung and the children can 'down tools' so to speak and race out. Then they are supervised to certain vantage points," Mr Sayer said.

A king tide yesterday meant none of the pupils went out on the water as they sometimes did, often on kayaks.

Check out the beautiful video here!