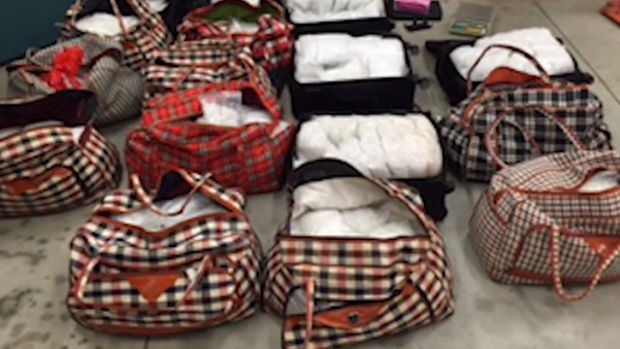 More methamphetamine has been found by police among sand dunes in Northland, adding to what is already the largest meth seizure in New Zealand history.

Police inquiries have been ongoing since the record find was discovered in the back of a campervan on Sunday night.

Coordinates in a GPS device found inside a Toyota Prado led police to sand dunes on the Hukatere region of 90 Mile Beach, close to where the original boat was left abandoned.

There they dug into the sand, and found another stash of bags full of methamphetamine, taking the total amount recovered now to 494kg.

The initial meth haul was 448kg, meaning yesterday's find added a further 46kg to the bust.

Police can also confirm that a second boat has been seized as part of the operation.

This boat was located at Ahipara address and was found damaged on a trailer, police said.

Police aren't ruling out the possibility an international drug ring is behind the enormous quantities of meth found.

Three men charged in connection with the methamphetamine haul have appeared in Kaitaia District Court.

The original quantity of the drug was valued at $500 million and was found in the back of a campervan.

It was discovered after members of the public reported suspicious vehicles in the area, and people trying to launch boats off the Far North's west coast.