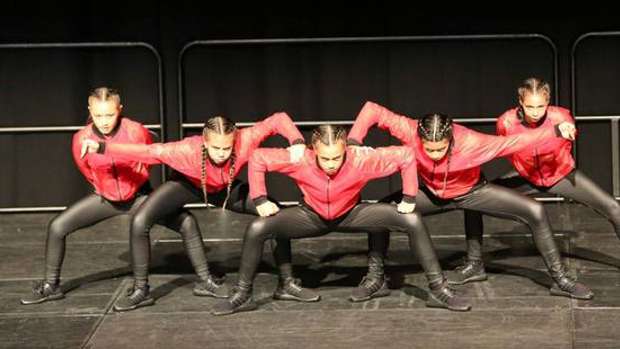 Alannah Curtis was 18 when she started her own dance company out of her former Kaikohe school.

Nine years later she is taking five dance crews to Auckland to compete in the Hip Hop Dance Championships.

Ms Curtis has had crews compete and qualify for the national dance competition since she established her studio in 2008 and held lessons at Kaikohe East School.

But this year was the first time as many as five crews have qualified.

"It costs so much money to go to nationals and regionals for two minutes on stage so I decided why not take every opportunity possible at the competition considering it's going to cost the same amount of money," she said.

To earn a spot at the national championships crews must first compete in a regional competition.

There are four divisions in the competition: junior (ages up to 13), varsity (ages 14 to 18), adult (any age), and mega crew which are groups made up of up to 30 dancers.

The top three in each division make it through to the preliminary stage of the national competition.

If groups make it into the finals and place in the top three of their division they earn a spot at the World Hip Hop Dance Championships in August in Phoenix, Arizona, in the United States.

Ms Curtis said her dancers travelled from all over Northland - from Whangarei to Mangamuka - to train.

"It's been a lot of commitment. We might do 20 to 30 hours a week of pure training so it's not only commitment from the dancers but their parents too. I'm blown away," she said.

Ms Curtis said she was proud of her dancers and also acknowledged Hardcore Dance Company.

"They were my first dance job so they've been a lot of my inspiration," she said.