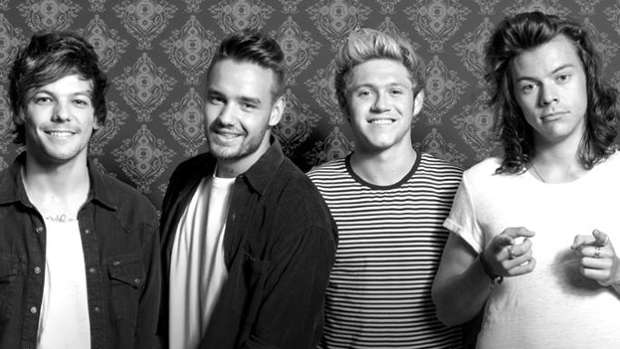 After loosing a member, One Direction don't seem to be slowing down!

One Direction are now officially bigger than the Beatles in the USA, making Billboard chart history.

The act secured their status as the biggest boy band on the globe according to newly released latest data. Their new single Perfect entered the US Billboard Hot 100 chart at No.10, marking the group's fifth top 10 new entry, the most of any group.

Perfect's top 10 debut breaks a tie with the Beatles, who made the cut four times. Members Niall Horan, Liam Payne, Harry Styles and Louis Tomlinson, became the first group to score four consecutive number one debuts on the US Billboard 200 album chart, thanks to their latest album Four.

Previous recordings for Up All Night (2011), Take Me Home (2012) and Midnight Memories (2013), also reached top spots on the Billboard charts. One Direction shot to fame after placing third on X Factor in 2010, where they were cobbled together by Simon Cowell.

Earlier in the year Styles made the confident claim their fame was greater than that of British pop band, The Beatles.

In an interview with Top of the Pops the 21-year-old said their fans often became hysterical, referring to an uproar met by The Beatles when they arrived at John F Kennedy Airport on their first US tour in 1964. "We all sat and watched the film of The Beatles arriving in America. And, to be honest, that really was like us," he said.

"Stepping off the plane, the girls, the madness. It was exactly the same as when we got there - just 50 years earlier"