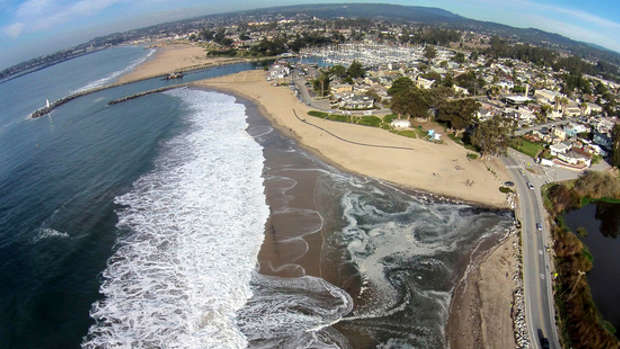 The amount of sea-level rise that comes from the oceans warming and expanding has been underestimated, and is likely about twice as much as previously calculated, German researchers said yesterday.

The findings in the Proceedings of the National Academy of Sciences, a peer-reviewed United States journal, suggest that increasingly severe storm surges could be anticipated as a result.

Sea level can mount due to two factors - melting ice and the thermal expansion of water as it warms. Until now, researchers have believed the oceans rose between 0.7mm to 1mm per year due to thermal expansion.

But a fresh look at the latest satellite data from 2002 to 2014 shows the seas are expanding about 1.4mm a year, said the study. "To date, we have underestimated how much the heat-related expansion of the water mass in the oceans contributes to a global rise in sea level," said co-author Jurgen Kusche, a professor at the University of Bonn.

The overall sea level rise rate is about 2.74mm per year, combining both thermal expansion and melting ice.

Sea-level rise was also found to vary substantially from place to place, with the rate around the Philippines "five times the global rate".

Meanwhile, sea level on the US West Coast is largely stable because there is hardly any ocean warming in that area, said the findings.