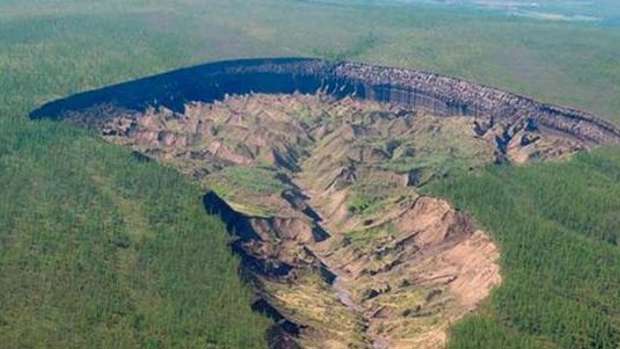 Imagine being at one of your favourite bush walks in Northland say in Waipoua Forest and on the way to Tane Mahuta one of these sink holes starts to appear...

Its easy to see why people are calling it the gateway to the underworld and it looks like something out of an Egyptian action fantasy movie!

The Batagaika crater in Siberia is widening each year, but it's producing dangerous levels of gas, which should ring alarm bells for the world.

That is the view of experts who warn while sinkholes such as these are naturally occurring, the world is beginning to see more of them, particularly in colder areas of the planet.

The crater, which is expanding by around 15m every year, first appeared in the 1960s and captivated locals who were scared of approaching the area after hearing booms from the ravine.

Scientists say the crater holds the secret of our planet's past with soil found at the site dating back 200,000 years as it can reveal environmental changes.

We'd be pretty freaked out if we saw this up here in Northland!