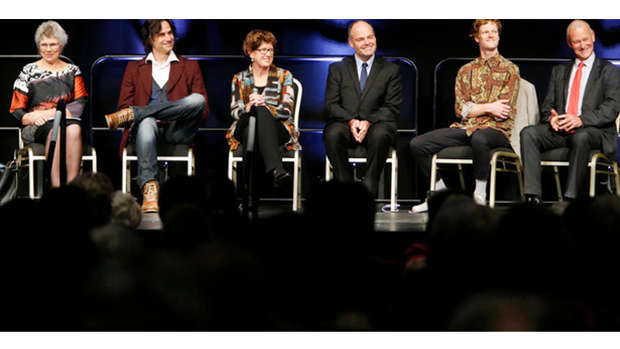 A straw poll at a Whangarei mayoral candidate meeting indicates voters are splitting their vote across the six candidates.

Matt Keene - who along with Mr Holwell is a TogetherTahi party candidate - and Go Whangarei candidate David Blackley each returned 48 votes, followed by district councillor Stu Bell on 31 votes and Kay Brittenden, 4 votes.

The event was organised by the Northern Advocate, The Hits radio station and the Northland Chamber of Commerce.

Northern Advocate editor Craig Cooper said there were 400 to 450 people at the event, which suggested that more than 100 people were undecided, or simply declined to vote.

"This is an unscientific poll, we need to point that out. But we think it is a good indicator of what is happening out there amongst voters.

"The poll has a history of being accurate - similar numbers were returned in 2013 at the equivalent meeting and accurately predicted Sheryl Mai's victory."