The nice lady behind the counter said "Im sorry dear, your credit check didn't go well - do you have anyone who could be a guarantor for this?" So I got Dad to sign a form and in the next few mins I walked out with a ticked up engagement ring for my future wife. 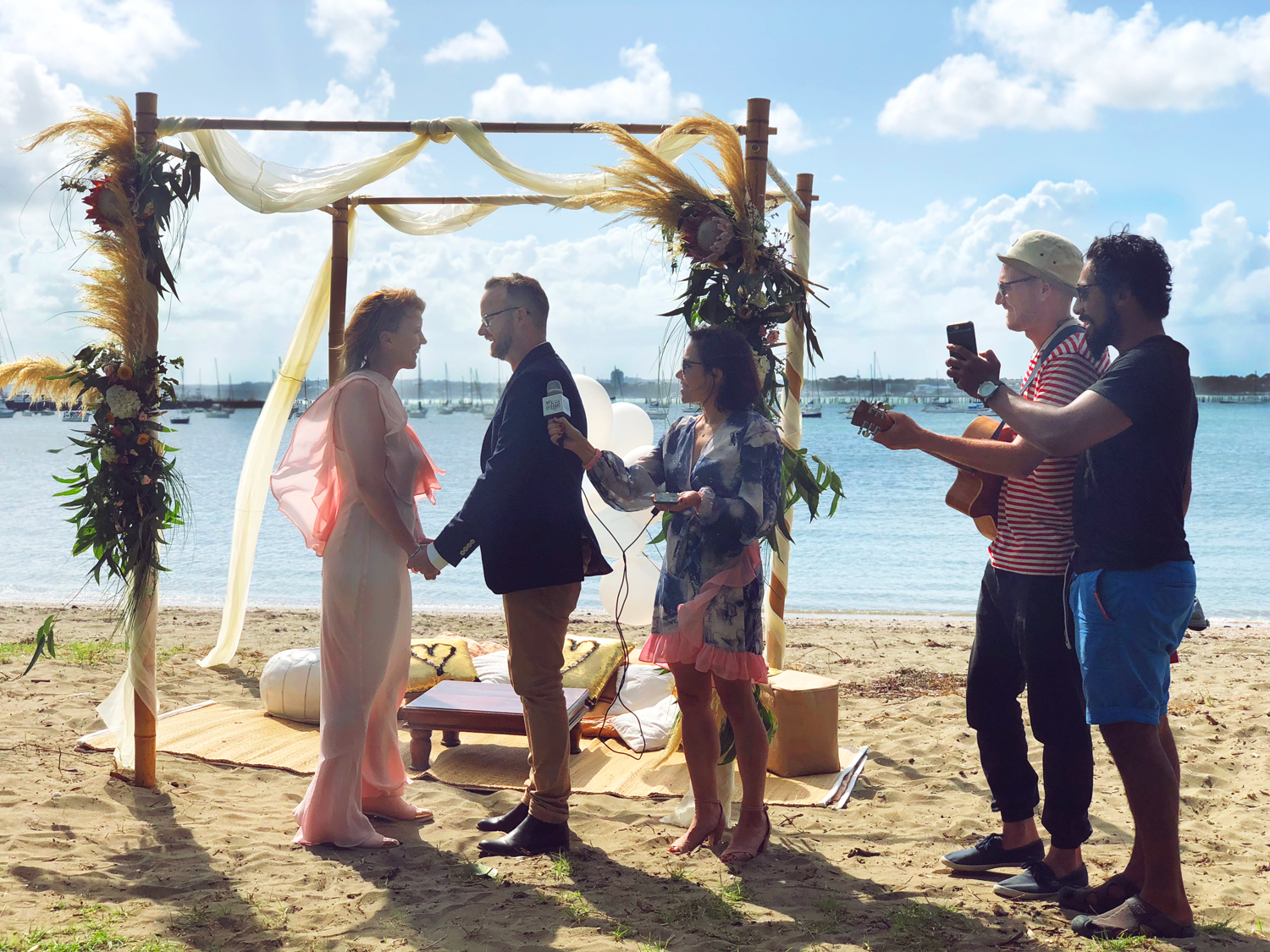 Wow, what a man I had become. This kind of set the scene for our entire engagement and wedding.

We were young - 24 and 23.  We thought we were adults and we knew everything.  And I was gonna do a real wacky/zany proposal which would be a real hoot to talk about on the radio.

Read more: Here's what happened when Flynny popped the question to his wife AGAIN

So that night after the show I pulled up to Nats' parents home (where we were mostly living in the basement) and texted her to say Smarty (our mate) and I were downstairs.

She came down, fresh from a shift nursing at the hospital, wearing her nurses uniform and opened the door.

I was hiding behind it and - thinking I was just so hilarious - poked one of those inflatable green Fusion aliens everyone used to have around the door and in an alien voice said "will you marry me?"

She replied "uuuh, are you serious?" and the alien said "yes" and she said "ummm OK!". 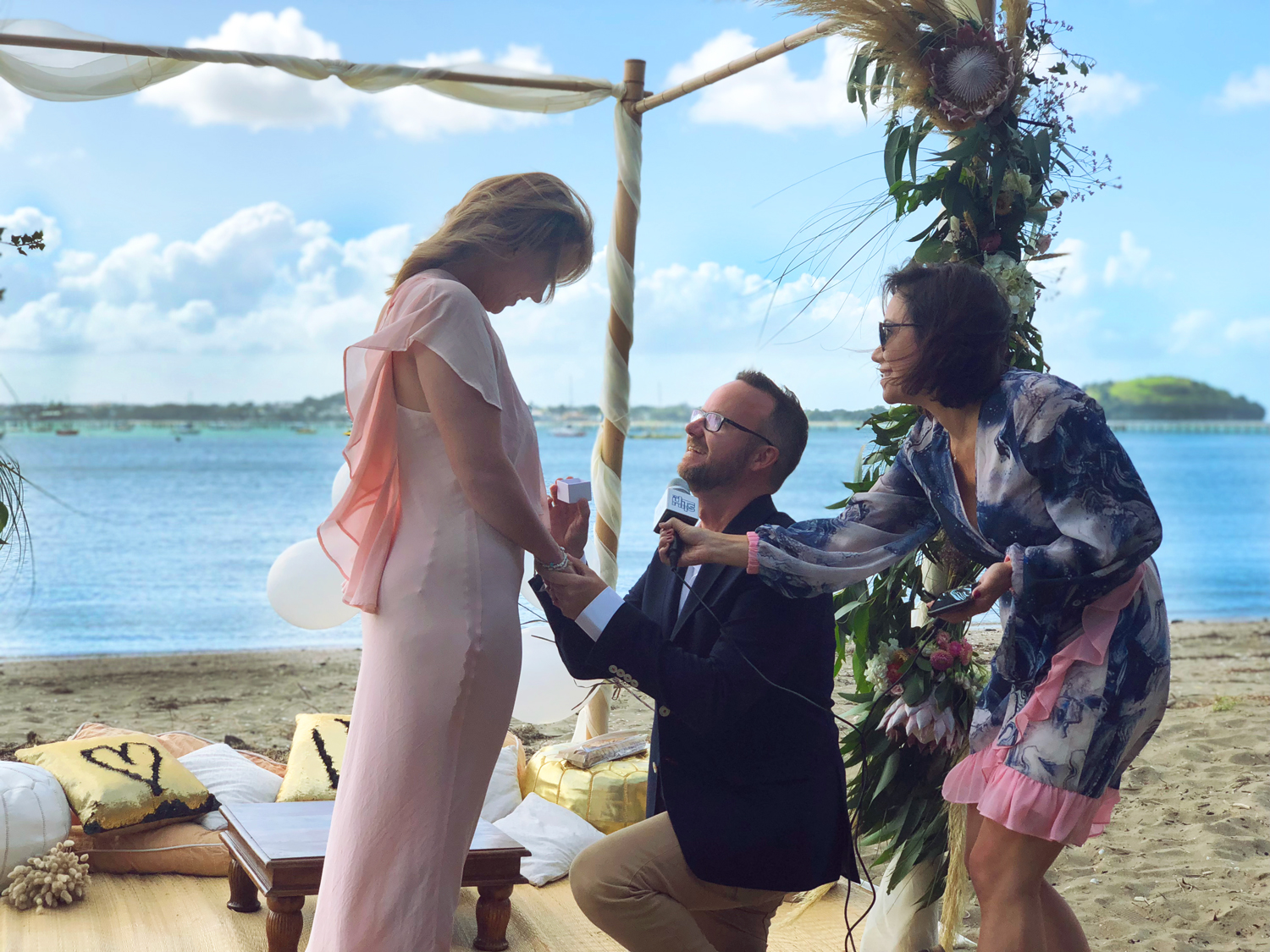 You see this has always been my default setting - if something is hard or nerve-wracking, make a joke out of it! Takes all the pressure off. I didn't have a romantic bone in my body.

We were to be married in December 2005 just before Christmas, but then a wee surprise for us - Nats had a small Flynny growing in her tummy.

Yes, every single person made the joke "will it come out with little glasses on like Flynny?" - oh you guys! So I took the bull by the horns as Nats was throwing up everywhere and all day long. I organised the wedding and in 6 weeks we were married. 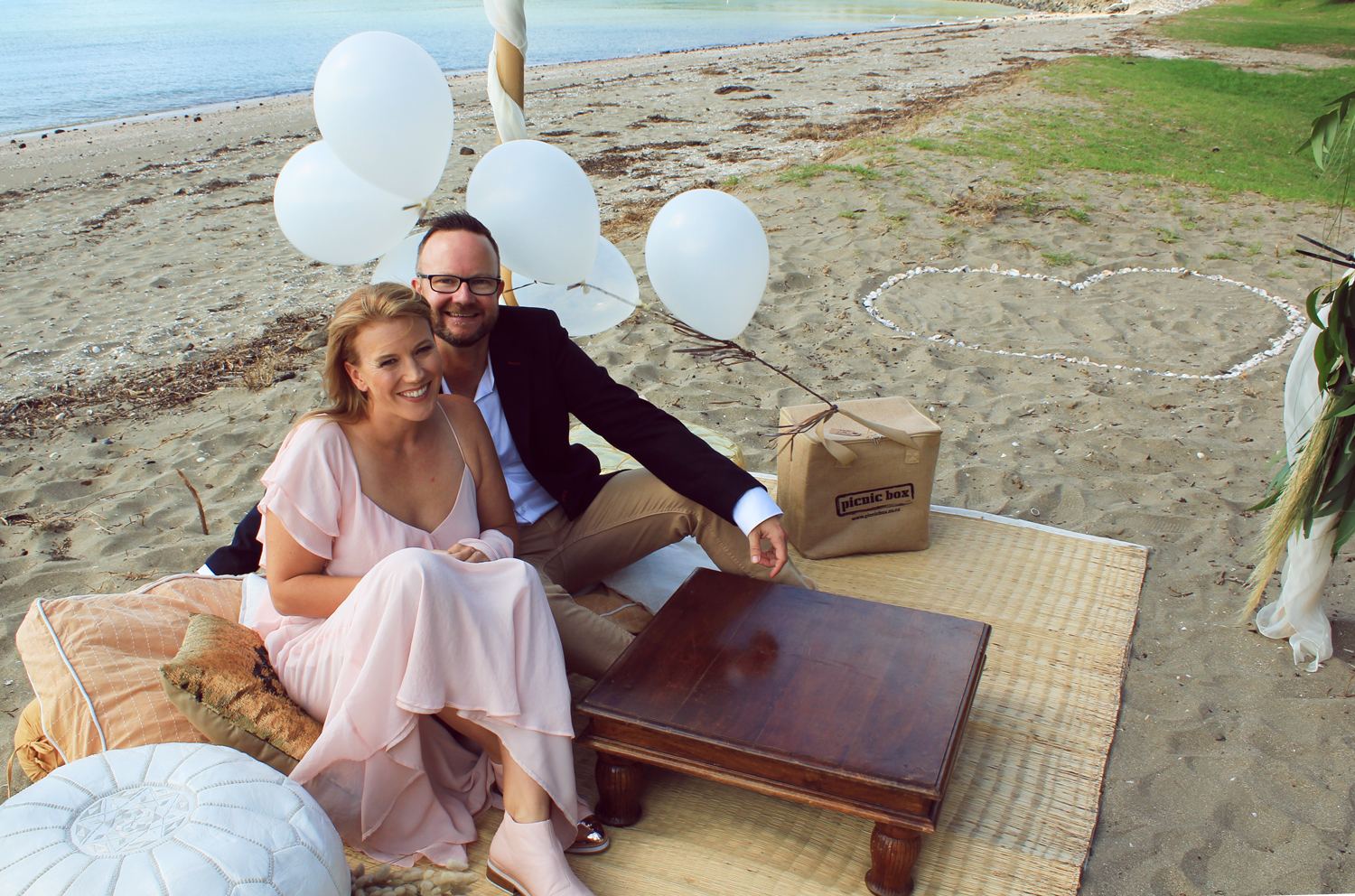 We couldn't actually consummate the marriage that night, as Nats was so ill with morning sickness she went to sleep looking green as that alien I had proposed with. So I sat there in the hotel watching a Simpsons marathon drinking bubbly in the nude.

What a momentous start to married life.

Read more: This is the STUNNING ring Flynny re-proposed to his wife with

Since then we have had four beautiful children who amaze me every day. We have been through Leo our son spending a huge amount of his first ten years in hospital with tummy problems.

We have endured poor Nats and the most horrendous morning sickness and then subsequent thyroid and other complications since. She has looked after me through a really nasty bout or two of anxiety when I really lost the plot.

We are about to move house again, and got heavily mortgaged. We have managed to give our kids the best life we possibly can. We have laughed so much, cried a bit, and all in all its been a wild and incredible ride so far that I wouldn't change for anything. 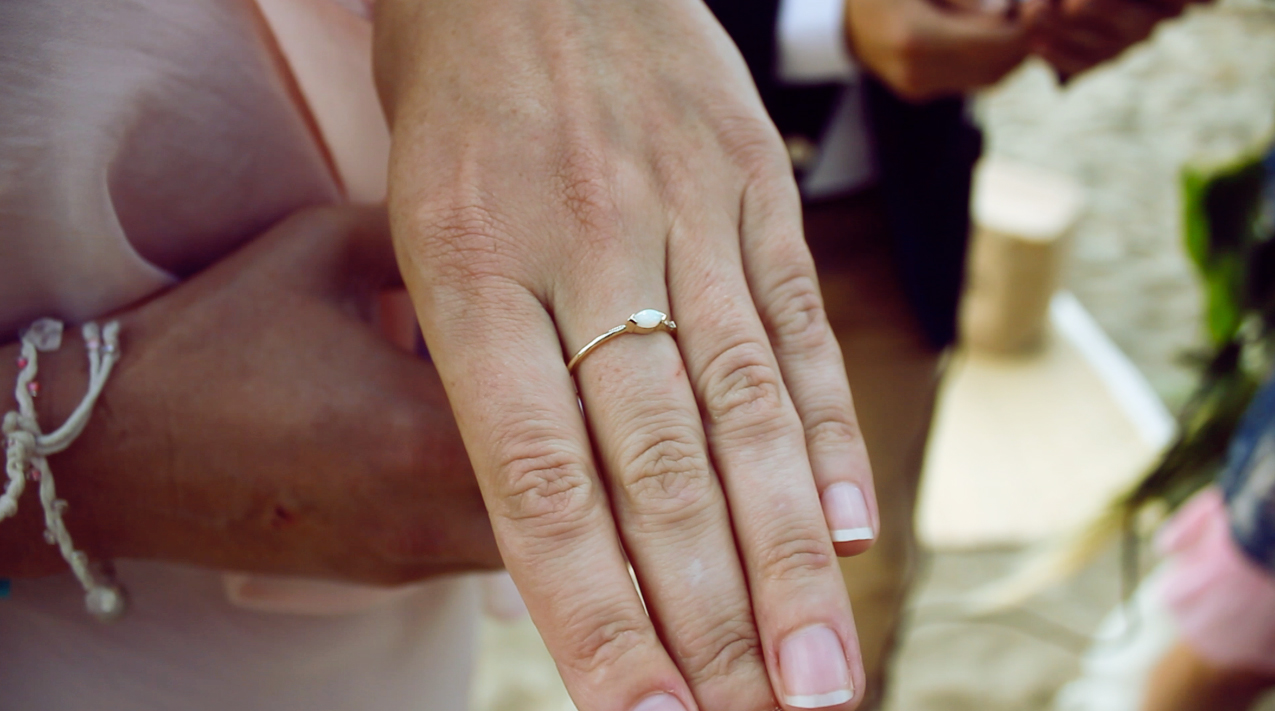 I adore this woman and the things we have shared together - no one will ever know or understand (like every awesome relationship i guess).

And for all these reasons this year I decided to re-do that alien proposal, to say thanks to Nats and make her feel like the queen she is.

I can't wait to see what the next thirteen years will bring.