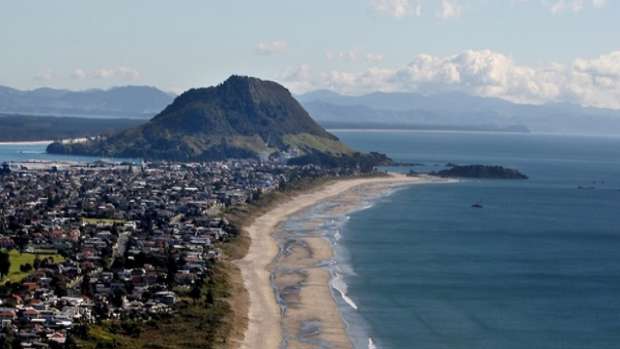 QV: House values continue to rise in the Bay.PHOTO/JOHN BORREN

House values continue to rise throughout the Western Bay as interest rates remain low and inquiries from Aucklanders remain high.

Ross Stanway, chief executive of Eves and Bayleys Real Estate, said property values had been increasing every month for quite some time pushed up by two main factors.

"The normal supply and demand - there's not a lot of property on the market but that is slowly changing. The other thing is, without a doubt, the interest from buyers outside the region, not just from Auckland."

Mr Stanway said the market had attracted local investors but agents were also seeing interest from Aucklanders who planned to move to the region and were buying properties and renting them out until they were ready to move.

There was a lot of interest from Aucklanders in Mount Maunganui, stretching back towards Concord Ave, Carysfort St and Paterson St.

Mr Stanway said low interest rates meant some people could now afford the sort of house they wanted but would not have been able to afford a year ago.

"With interest rates coming down low buyers have the ability to spend more. People are getting more property for their money. What people can afford to pay for a property has increased so they are getting a better home in many cases," he said. Mr Martin said the number of listings the company was receiving was equal to, or slightly higher than, the same time last year but properties were being snapped up quickly so the volume of properties sitting on the market was lower.

The Auckland market was also forcing some people out into the provinces, including Tauranga.

But out-of-town investors were not just from Auckland, Mr Martin said. "A lot of them are from the three-hour drive radius."

Houses of every value were selling, but homes in the $430,000 to $450,000 range especially had seen more of an increase in activity, Mr Martin said.

Both men agreed the upwards trend did not look likely to change any time soon.

"I think it will last as long as the Auckland property market is in the state that it is in," Mr Stanway said.

He also expected the trend to continue for some time.

QV homevalue Tauranga registered valuer David Hume said he was getting reports of an increase in the number of property appraisals as more property owners became aware of recent increases in property values and were keen to get an idea of what their homes were now worth.

"This should lead to an increased number of listings in spring and could help to give purchasers a greater variety of listings to choose from. With many properties selling by auction it is currently quite hard for purchasers to get an accurate gauge of what a property may be worth in the rising market."