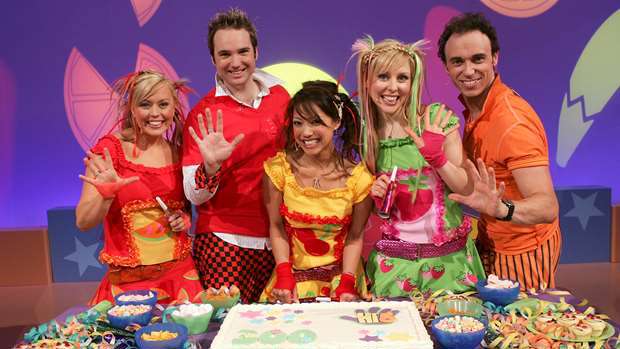 An original member of the Hi-5 cast has teased that the group could be reuniting for a special performance.

The popular Australian children's show ran from 1999-2011 and captured the heart of many Kiwi children.

He teased that the cast is putting together a reunion show for fans.

"Who wants the original Hi-5 to do a special reunion concert? If you think we should? Then Let us know if you'll be there (sic).

WHO WANTS THE ORIGINAL HI-5 TO DO A SPECIAL 18+ REUNION CONCERT? IF YOU THINK WE SHOULD? THEN LET US KNOW IF YOU’LL BE THERE. 👋🏼😎 This post can be your petition. 😂😂😂#oldpic #originalhi-5 #reunion #love #fans #hi-5 #instapic #instagood #instalike #picoftheday #pictureoftheday #instagram

The show ran for fourteen seasons and had nearly 600 episodes.

A revived version of the series aired in 2017.

While a reunion show is yet to be confirmed, fans can show their Hi-5 love on the Instagram post.

Foley said in the comments he is "working on getting the show-up and running."

Some fans asked why the show was restricted just over 18 year-olds.

One person commented: "Why 18+ like you got audiences a little younger u aren't that old mate (sic)."

Foley hit back at the criticism and replied: "Judging from when we started back in 1998, the demographic is leaving (sic) more to 18+.

"It's not set in stone yet. 18+ also depends on what kind of material we use in the show."

Recently, the original Wiggles cast got back together for a reunion in support of the Australian bush fire relief effort.

He has since been discharged from hospital.