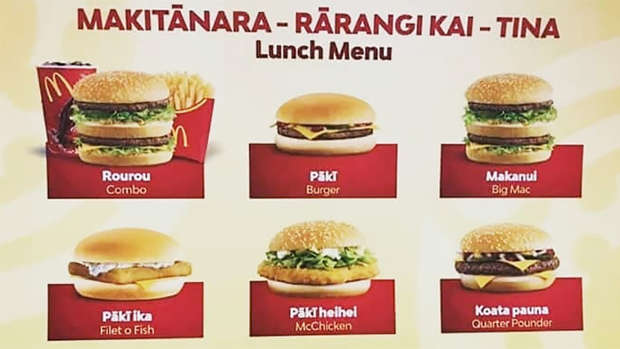 Hawkes Bay McDonald's is the first of its kind to offer a bilingual menu in both English and Te Reo.

Jeremy McLeod who is the director of Te Reo at Ngati Kahungungu has also got in touch with the franchise and asked if they could bring in some bilingual signage.

The owners have agreed and now they have signage like push and pull and men's and women's toilet in māori on the doors.

They are now challenging other food outlets to take on the challenge, follow the lead and also create bilingual menus.

You may also remember last year when the video went viral of a young boy by the name of Jershon taking an order of McDonald's in Te Reo Māori.

Hopefully, this inspires others to do the same!