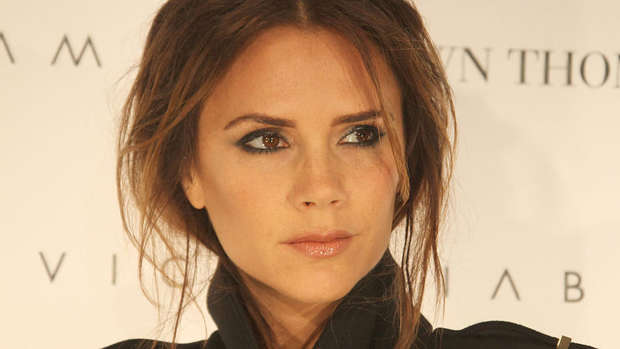 Victoria Beckham has it. So does Queen Elizabeth, Kanye West and Kristen Stewart.

All of them have copped criticism from the world for having a certain expression when their faces are not in motion.

Sometimes it's described as looking annoyed, bored or judgy.

But now international behavioural researchers, Jason Rogers and Abbe Macbeth, and innovation firm Noldus Information Technology, have investigated: What is RBF and who has it?

"We wanted this to be fun and kind of tongue-in-cheek, but also to have legitimate scientific data backing it up," Macbeth said.

The researchers enlisted Noldus's FaceReader, a sophisticated tool engineered to identify specific expressions based on a catalogue of more than 10,000 images of human faces.

The software, which can examine faces through a live camera, a photograph or a video clip, maps 500 points on the human face, then analyses the image and assigns an expression based on eight basic human emotions: happiness, sadness, anger, fear, surprise, disgust, contempt, and "neutral."

"Symptoms" of RBF include a subtle raising of lip corners and tightening around the eyes, which researchers concluded must similarly be registered by the brain.

FaceReader, being a piece of software and therefore immune to gender bias, detected RBF in male and female faces in equal measure. Which means that the idea of RBF as a predominantly female phenomenon has little to do with facial physiology and more to do with social norms.

Worried that you might have RBF? Now you can find out for sure.

Rogers and Macbeth have invited members of the public to submit their own faces for analysis.

All you have to do is email photos of your most "neutral" facial expressions to [email protected], and FaceReader will tell you if you're actually expressionless - or if you and the queen have RBF in common.