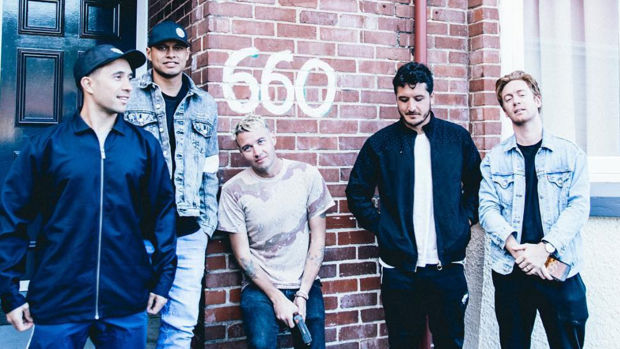 A Dunedin flat with some iconic music history is now officially owned by one of New Zealand's most successful acts.

Six60 have bought the Dunedin flat that inspired the group's name.

"Excited to announce we are the proud new owners of 660 Castle Street. The place where it all began," the band posted on social media.

According to One Roof, the property sold for $1.7 million in March this year. One Roof estimates the house is worth $845,000.

In 2006, Matiu Walters and Ji Fraser moved into the 660 Castle St flat with friends and were inspired to start a band.

In a 2019 interview with Seven Sharp, the band revisited the flat where their music careers began.

"This house specifically has changed a lot, there's a lot of memories in these walls and a lot of spirit in this place and you can feel it. Especially for me," Walters told the current affairs show.

"We weren't really a band but we were always the Six60 boys. The name Six60 was a natural progression from who was in the flat," Fraser added.

Since their humble beginnings as Dunedin students, the band have gone on to experience huge commercial and live music success.

Their fans welcomed the news that the band had purchased the flat.

"That's pretty amazing to be able to own the place where all the magic happened," a fan commented.

Some of their fans had suggestions for what the band could use the flat for - and it is known the purchase will benefit aspiring musicians.

A person suggested: "Imagine if that got turned into a music studio for other young aspiring NZ talent!"

As part of the scholarship, recipients will take up residency at the landmark flat at 660 Castle St which will be repurposed to house aspiring performing arts students.

The band also discussed mentoring opportunities between themselves and the scholarship recipients.

Lead singer Matiu Walters said the band was pleased to be giving back to the city and the university where they formed.

''Owning the house and being able to preserve its mana is something we have always dreamed of, but being able to realise it now is incredible,'' Walters said.

Acting vice-chancellor Prof Helen Nicholson said the university was proud to be part of the Six60 story and she was pleased to be able to work with the band to create new opportunities for students.

Alongside the recent construction of the university's state-of-the-art recording studio, the announcement marked a significant boost for performing arts at the tertiary institution.

''We sincerely thank the band for giving back to the student community that they once called home,'' she said.

Over the years, the band members have called in for visits to tenants who rented out the property and have performed concerts for students on Castle St.

In 2016, more than a dozen students were injured at a party when a balcony collapsed during a Six60 concert on the street. The incident left a young woman paralysed.

The band's bass guitarist Chris Mac told the Otago Daily Times last year that the tragedy "will never escape us".

"We did what we thought was enough, and it wasn't, and we know that now.

"There was the tragedy that had occurred, and then there was the barrage of anger and hatred towards us having something to do with such an awful event."