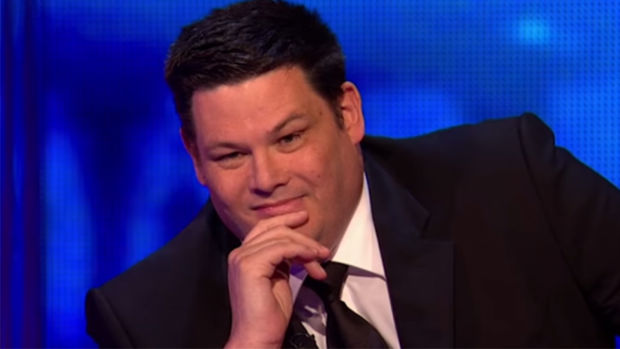 The Chase star Mark 'The Beast' Labbett has revealed how he was diagnosed with a serious disease after an eagle-eyed nurse spotted a tell-tale sign during a routine health check.

Labbett, who has gone public with his health struggles in the past, revealed that his type 2 diabetes was only diagnosed thanks to a nurse's probing question.

"I've never had a diabetic episode," he explained to the UK's Daily Express.

During a routine check in 2017, he mentioned a seemingly minor complaint.

"I've got skin that doesn't heal properly in my lower legs," he told the nurse.

"A nurse looked at me and she asked, 'Are you sure you're not diabetic?'"

He continued: "They took a test and she said, 'Yes, you're diabetic'."

The quizmaster has previously revealed how he weighed in at 171kg at his heaviest.

In 2017, Labbett appeared on UK panel show Loose Women as part of their male Body Stories campaign, where he opened up about his type 2 diabetes diagnosis.

He confessed to eating up to 10 bars of chocolate a day, he said: "I'm not going to complain. I've done the crime so I'll do the time."

However, he also spoke about maintaining a good relationship with his body, simply stating: "I am what I am."

He has shared regular photos of his weight-loss journey to social media.

In January Labbett posted another comparison photo on his profile: "At this rate I'll be the skinniest chaser," he captioned the post.

He often uses the hashtag #skinnybeast poking fun at his nickname on The Chase.

He spent much of 2020 focusing on weight loss and his overall health after a suspected case of Covid-19 saw him suffer from a "complete loss of appetite, no sense of smell, a temperature, exhaustion and the worst fever of my life", he told the Sun on Sunday at the time.