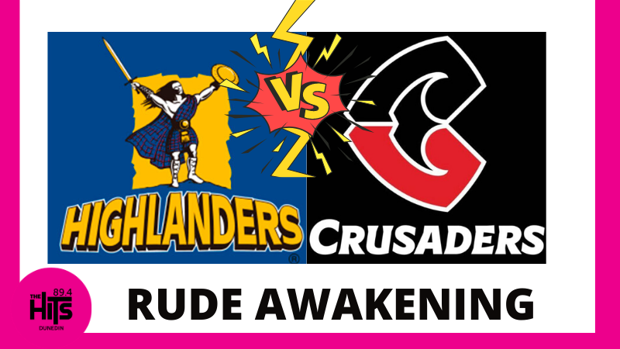 The mighty clash of the South between The Highlanders and The Crusaders, is set to take place at Forsyth Barr Stadium on July 4th

The long-standing rivalry between the two teams makes this a game not to be missed!

Being in blue/gold/maroon country, we want to ensure that we get under the skins of hearty Crusaders supporters at any cost possible

Callum & P want you to dob in Crusaders supporters living here is Dunedin, so that they can give them a very Rude Awakening

Know of a sly Crusaders fan/fans residing on our turf? Follow the below link to rat them out so that we can rile them up!

Fill out my online form.