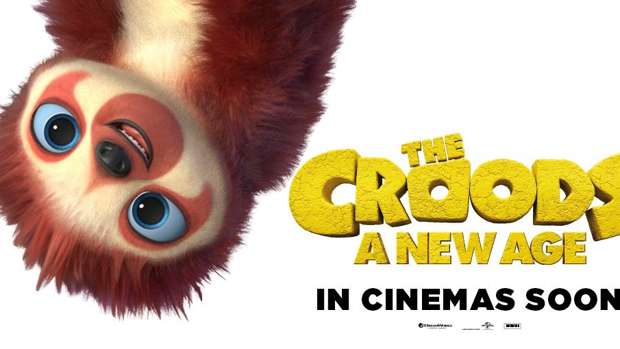 The Croods have survived their fair share of dangers and disasters, from fanged prehistoric beasts to surviving the end of the world, but now they will face their biggest challenge of all: another family.

The Bettermans (emphasis on the “better”) are a couple of steps above the Croods on the evolutionary ladder. When they take the Croods in as the world’s first houseguests, it isn’t long before tensions escalate between the cave family and the modern family.

Just when all seems lost, a new threat will propel both families on an epic adventure outside the safety of the wall, one that will force them to embrace their differences, draw strength from each other and forge a future together.

THE CROODS: A NEW AGE – in cinemas Boxing Day.

Before the big day Belt will be out and about ready to meet you and the kids!