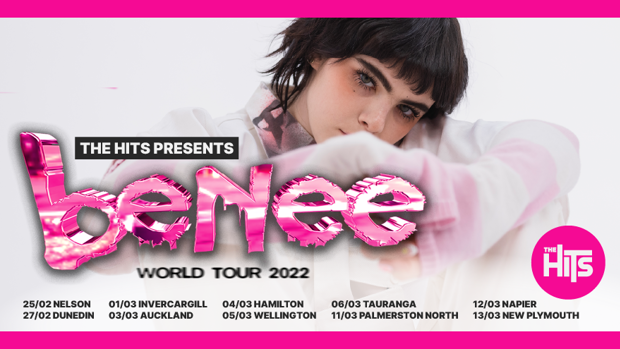 We are so excited to announce BENEE’s World Tour!

The Kiwi star has just added three new shows for the New Zealand leg of her world tour before heading to Australia, Europe, UK and North America in 2022

"It’s been such a long time coming & we’ve lived through a lot in these weird times but shows starting up again has rly got everyone sosososodo happyyy!!!! I can’t wait to get back out there & meet all of u and play a bunch of new musiiiiiicccc!! I AM SO READY TO TOUR!!"

The 24 hour Live Nation pre-sale kicks off on Thursday 25th November at 10am, followed by General tickets are on sale Friday 26th November at 11am. Tickets are available from LiveNation.co.nz.

All previous tickets are still valid.