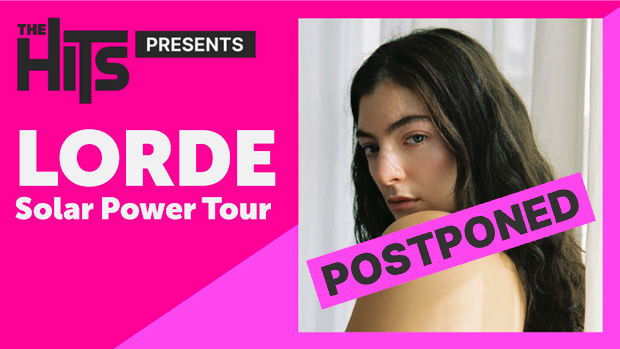 It is with a heavy heart that Frontier Touring & Eccles Entertainment (New Zealand) announce the postponement of Lorde’s Solar Power Tour of Australia & New Zealand.

Due to the continuing uncertainty around the current NZ outbreak, and unknown implementation dates of the new traffic light system, we have been faced with the difficult decision to move the tour to February-March 2023 so we can proceed with some surety and fully deliver the shows without risk of last-minute lockdowns.

In order for us to feel confident fulfilling the current dates, Frontier and Eccles would need both countries’ borders to be fully open to both citizens and non-citizens, as the majority of Lorde’s touring band and crew are non-citizens and would currently all require travel exemptions. We would also need assurance that there would be limited or no quarantine in place, as the tour was routed almost a year ago with that expectation. No one could have predicted the current outbreak, and while we understand that systems are moving in the right direction and could well be permissive of an international tour in February, any doubt means that we, unfortunately, cannot proceed in good faith.

“I was really looking forward to the shows and we were so hopeful we’d be in a different situation right now. It’s such a complicated case because Ella’s entire crew and most of her band are international and we have to take that into consideration. I know Ella is upset about moving the shows, however, moving the dates to early 2023 gives everyone the certainty we need.” - Brent Eccles.

“I am beyond devastated to be postponing these shows. Starting the tour in New Zealand was always really important to me, and would have been a huge high. I fought this decision for a long time, but the truth is that touring internationally through a COVID outbreak has a ton of unforeseen moving parts, and I’d much rather play for you when we’re all confident it will go smoothly. I want to apologise wholeheartedly to the fans. I’m so gutted to let you down, but so grateful for your understanding. We’ll rage next year.” - Lorde

The reschedule has at least enabled us to add additional shows at previously sold out venues in Lower Hutt, Days Bay (NZ) on Wednesday 22 February, Brisbane, Riverstage on Tuesday 7 March and Perth, Bevoir Ampitheatre on Friday 17 March.

Tickets for the original performances will be valid for the rescheduled dates without taking further action. Ticket holders will be contacted directly by the original ticketing agency with details. Patrons unable to attend new show dates may obtain a full refund. Refund requests must be submitted prior to Friday 10 December 2021.