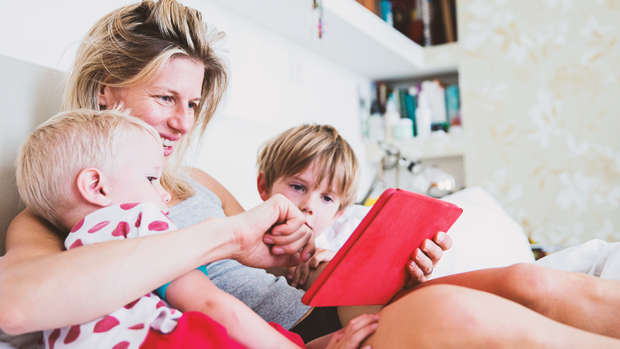 It is an unorthodox beauty tip, but women who want to keep their looks in later life should consider having a small family.

A study suggests stopping at just one or two children will keep you looking young, the Daily Mail reports.

While those who have a large family will have more people to visit them in middle age, they may also have a saggier face and darker skin tone.

The reason, according to research involving Bath University, is the toll which pregnancy, breastfeeding and childcare takes on the body. Each child increases oxidative stress, a kind of chemical imbalance which is prematurely ageing.

The study, in which more than 500 people judged photographs of middle-aged women, found those with smaller families were found most beautiful.

The authors, led by Jagiellonian University in Poland and writing in the American Journal of Physical Anthropology, said: "We have shown that post-menopausal women who had fewer children were judged as more attractive, younger and healthier than women with more children, by both men and women."

Many women battle to keep looking good through sleepless nights and the stress of bringing up a family. It is often jokingly said by parents that having children can take years off your life.

And last year a study by anthropologists at Yale University found the first evidence that childbearing may speed up the ageing process in women.

The research is one of only a few studies to suggest that having more children makes women less attractive, both to potential partners and other women too.

- This article was first published on dailymail.co.uk and is republished here with permission.