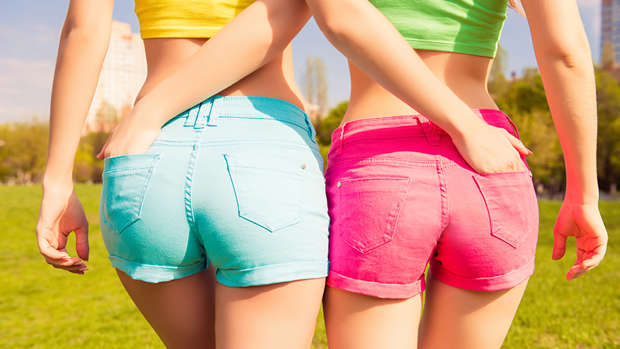 Big butts are all the rage right now... And for good reason too!

According to new research from the University of Tübingen woman with bigger hips and bottoms have a lower risk of heart attacks, strokes and type 2 diabetes.

“It is better for people of normal weight to be pear-shaped rather than apple-shaped, so that weight is carried on the bottom half of their body rather than around the middle,” explains lead author, Dr Norbert Stefan.

Because of visceral fat.

Visceral fat - which is more commonly known as a “deep” fat - actually wraps around major organs, including the liver, pancreas and kidneys.

Where as the extra fat on our hips and thighs - known as subcutaneous fat - acts as a sponge and stops fat from travelling to the internal organs, protecting the heart and lungs.

“In pear-shaped people, these areas work like a sponge, with fat stored in fat cells where it cannot do much harm,” Dr Stefan explains.

The evidence applied to both men and women, however, scientists found that the protective properties of hip and thigh fat is more prominent in pre-menopausal women.