Do you want one child? Or three?

It's something we all ask ourselves at some point in our lives.

But when should you start TRYING for a family?

Apparently this computer model can answer that question...

The model - which was created by scientists in the Netherlands - was designed to help "fill a missing link in the decision-making process."

“Young couples have a general idea that fertility declines with age, but these ideas can be crude and sometimes wrong,” said study coauthor Dik Habbema.

By replacing a vague idea with more concrete knowledge, he said, the findings might better guide decisions.

The model was built using data on non-contraceptive using populations spanning 300 years, and thus, recommends the ideal ages you should have children for better chances of conception. 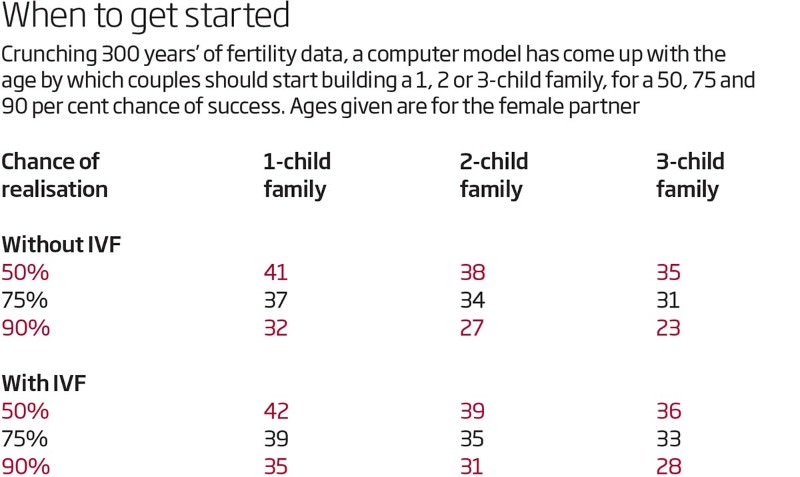 As a woman's fertility is thought to start declining at 30, with a more significant drop after 35, and men's fertility starts to decline more severely in their 40s; the model says women should start trying to conceive by age 32 to have at least a 90 percent chance of having one child.

It's important to note that the model is based on averages and is only valid for couples where the man is not more than 10 years older than the woman.

“What it is saying is that if you’re relaxed about having three children, you can wait until you’re 35, but you’ve got to start early to be certain,” says Dik.

“We haven’t got a time machine we can put people in… that’s just a blunt reality."

“Everyone thinks they can wait – this shows that you can’t."