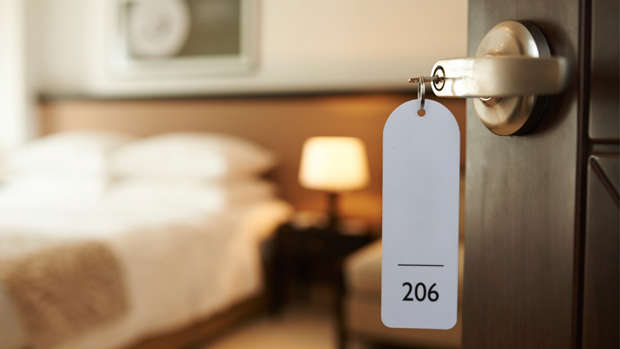 Don't worry, the towels and sheets are safe!

But according to research by ABC News it's actually the water glasses that are the "no-go".

ABC News investigated 15 hotels across America, and found that 11 of them failed to remove dirty glasses from rooms, even though they had been used by previous inhabitants.

It was also revealed hotel maids just rinsed them out and dried them with a towel, instead of actually replacing them.

Our suggestion... stick to drink bottles!