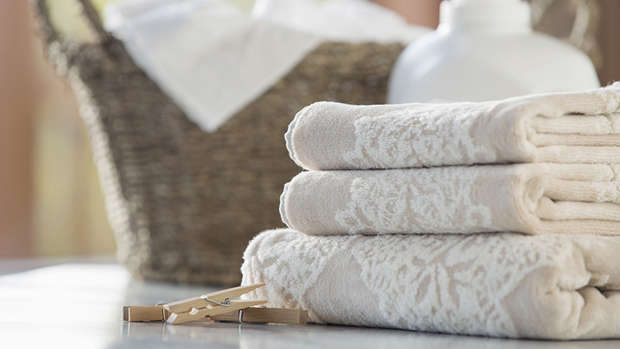 If you've splashed out on fluffy hotel-style towels, there's nothing more frustrating than when they lose their pile and turn scratchy after a few washes.

But if you think pouring in extra softener to restore them to their former glory will do the trick, you could be wasting your time and money.

Interiors expert Rachel Cohen told Popsugar that less is more in every way when it comes to taking care of your towels, including detergent, softener and time in the tumble dryer.

According to Rachel, a cold wash using the exact amount of liquid or powder with no softener and minimal drying time is the key to perfectly fluffy towels every time.