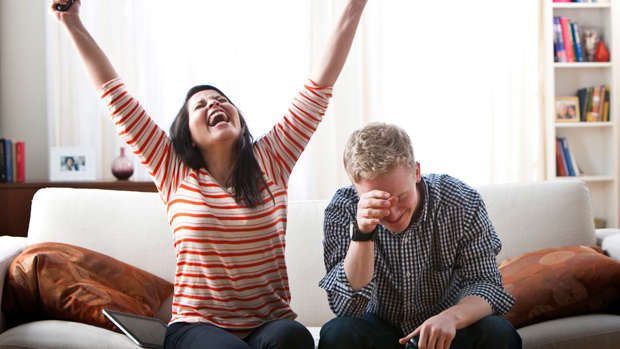 They're happier and more satisfied with their lives than men – but women are also more anxious.

A study designed to chart Britain's wellbeing has revealed a feel-good gap opening up between the sexes.

According to the Daily Mail, figures suggest women are taking more satisfaction from the recovery of the economy after years of recession.

However, they remain much more likely to admit that their well-being is undermined by anxiety.

The Office for National Statistics (ONS) has been taking happiness measurements for six years following David Cameron's push for statistics that would describe the state of the nation in emotional rather than numerical terms.

Over that time, the figures show, all of us are generally happier. In the five years between the late summer of 2012 and September last year, the general level of happiness went up by more than 3 per cent, they indicated.

ONS statisticians linked the general rise in happiness last year to economic improvements but gave no reason why women should have been cheering up more than men. Nor could they explain why the improvements in wellbeing were detected in England while there was no noticeable change in Scotland, Wales or Northern Ireland.

The wellbeing ratings are produced from questions asked of more than 300,000 people in the ONS Annual Population Survey. The four wellbeing questions ask whether people felt happy, if their lives were worthwhile, whether they were satisfied with their lives, and how anxious they felt on the day before they took part in the survey.