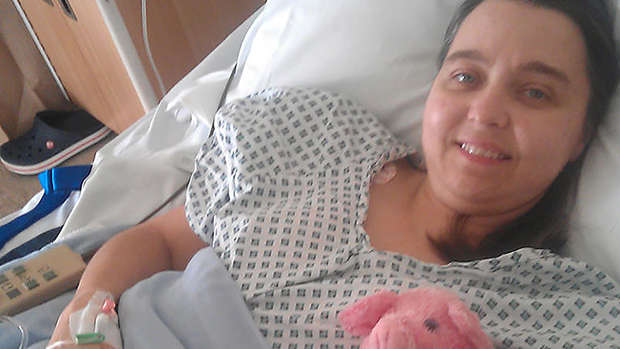 Carla Bradbury, 46, thought the stomach pains she was getting was just bloating from having too many fizzy drinks - but they were actually a sign of something much more serious.

"I was given a Sodastream for my birthday and thought that my stomach pains were coming from having too much fizzy water, so I didn't go to the doctors straight away," she revealed.

But when Carla's stomach pains worsened over time, she went to see a doctor who gave her a smear test.

The smear came back with an abnormal result.

"One of the gynaecologists I saw put it down to endometriosis. I was going to have further tests, but in the meantime, they found out what it really was – and it was cancer," she says.

Carla had Stage 3B cancer, which meant the cancer had spread from her cervix into the structures around it.

After undergoing chemotherapy and radiotherapy Carla has now been given the all clear. But she has a very important message for other women.

She's urging other women to stay on top of their smear tests and to not ignore your body when it's giving off signs that something is wrong.