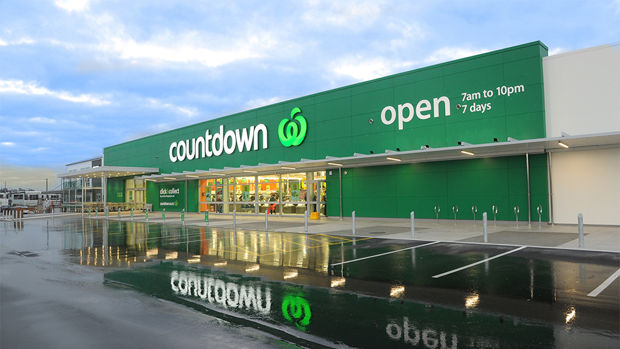 Countdown supermarket is officially switching off its lights and turning down the music for an autism-friendly quiet hour, once a week.

The majority of lights in the roof and the in-store radio will be turned off, the "beep beep" sounds on the checkouts will be muted and there will be no announcements over the loudspeaker - except in emergencies.

The idea of having a "Quiet Hour" came about last year when Theo Hogg, one of the store's employees from Marton brought the idea to Whanganui.

According to RNZ, Autism New Zealand says 80,000 people in the country are affected by autism.

For the major supermarket retailer, that justifies imposing the quiet hour in all stores excluding Auckland and Wellington's Metro City branches.

Now, nationwide, almost every store will do the same thing on Wednesdays between 2:30 and 3:30pm.

National educator with Autism New Zealand, Tanya Blakey, told RNZ that when her 17-year-old daughter was younger, going shopping would be a big ordeal.

The constant buzz and range of visuals of the shopping centre is something that someone without autism can deal with, but can cause havoc for someone with it.

"So all these noises are coming at a person with autism at the same level of priority and it can be really overwhelming."

Blakey explained it can also take a huge toll on parents.

"For a parent with autism, thinking back ten years ago, it was a very stressful situation and sometimes it was even difficult to get out the door let alone get them into the supermarket," Blakey shared with RNZ.

"The withering looks from the general public was often the hardest thing for me, I couldn't explain to everyone that my child isn't naughty, she's just having a moment that is really overwhelming for her, please have some understanding."

Megan Stokes told RNZ it used to almost be impossible to go to the supermarket with her 20-year-old son.

Stokes told RNZ: "Conor would cry as we drove into the supermarket, to the carpark. And he would basically cry all the way around, and then be happy once we left.

"So it was a huge sensory issue for him and we didn't realise just how hard it was for him until we realised he had autism."

She says Quiet Hour is a great idea and makes shopping a "nice and calming" experience.

The store employees are also excited for the calm that the initiative brings, Countdown Three Kings Store Manager David Collo shared with RNZ.

"When I do this hour it's actually really calming and soothing and it relaxes you, it's almost like doing an hour of meditation," Collo said.

"You really get to realise how noisy the store really is and how bright it is, because there's LED lights everywhere and you take it for granted. And when you turn it off it's like, wow."

According to RNZ, there have been some concerns surrounding the timing of the designated hour - which could see an after school rush.

Countdown responded saying that there will be enough staff to cater to all.

The Auckland branches Countdown Silverdale and Countdown Northwest will have theirs between 9am and 10am.

Autism national educator Blakey is excited about what this will bring.

"This is beginning of something quite wonderful and I'm wondering where else this can go," she told RNZ.

"Can it go to cinemas? Can it go to shopping malls? My daughter loves going to the theatre - can there be a little sensory session in the morning? I think we don't need the word inclusion. When that word becomes obsolete, I think we're there."

RNZ reports that The Warehouse and Bunnings have said they will look into the idea too.