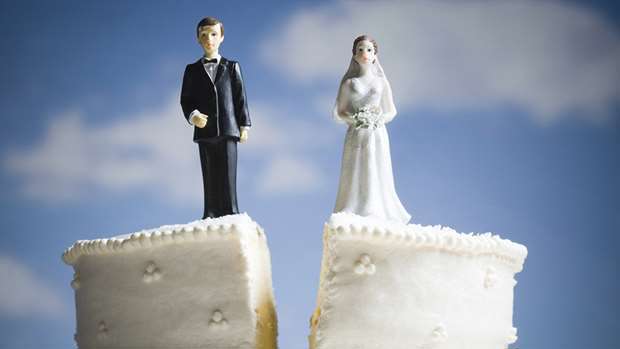 In a recent Reddit thread, multiple divorcees shared how they ended up divorced in less than a year.

Reddit user Fukenhimer shared how sunscreen was the first dissolver of his marriage.

"We dated for five years but on the honeymoon, we had a big argument over my liberal use of sunscreen. She refused to wear any because of 'chemicals' and I liberally use it due to my ginger skin. We seriously argued over this for a good hour and she refused to even go into the pool with me because of sunscreen chemicals," the Reddit user shared.

"After a scuba adventure with her, she could hardly walk because she got so burnt on her legs whereas my skin didn't change. She then tried to convince me that it was all my fault because I didn't force her to wear the sunscreen and that the honeymoon was ruined."

"It was then I realised I picked the wrong person. After a few more psycho arguments (mad at me because of something in her dreams, mad because I didn't remind her to bring an umbrella ...) I had to call it quits. I can't stay with someone who constantly blames me for their own problems. Luckily no kids and I got back everything I brought into the marriage."

"I knew it was over when she started a fight at my brother's funeral because female attendees were giving me hugs as part of condolences," they shared on the forum.

Mister_E_Phister's ex ran off with a man she met in rehab.

"It was a pretty solid clue that it wasn't meant to be," he confessed.

Nika65 caught his ex-wife cheating when he was receiving cancer treatments.

"When I caught my new bride having a workplace affair while I was receiving cancer treatments, it was not a pleasant time for me," the user added.

Babblewocky ran for safety just in time after the engagement.

"Day after we got engaged. He changed. Then he uninvited my family to the wedding- said they would take my attention away from him."

"We lasted three months, and then I ran and hid," she shared.