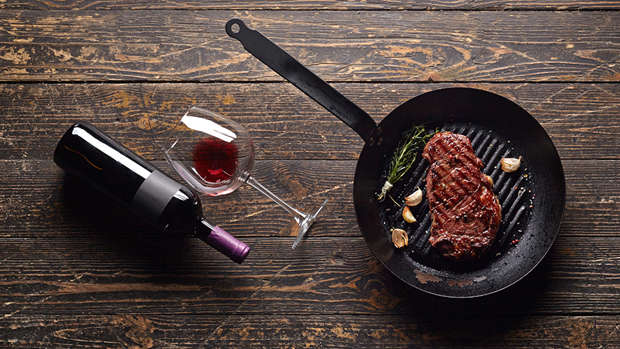 Every chef is armed with a myriad of cookery hacks that they use to make life in the kitchen a little easier.

However, it seems that these useful hints and tips aren't always as helpful as they are cracked up to be according to some experts, the Daily Mail reports.

The Refinery29 has debunked some of the most popular food myths, revealing that many of our favourite food practices are utterly useless.

While old habits die hard, ditching some of this food fiction may save you time and be beneficial to both your health and your cooking.

There are few culinary whizzes who won't have at least heard of this tip.

The old wives tale states that if an egg floats in water it has gone bad and is no longer fit for consumption as it is known that air pockets in the egg increase with age.

However, according to Marianne H. Gravely, a Senior Technical Information Specialist at the U.S. Department if an egg has really gone bad you should be able to tell from its appearance.

She told  Refinery29 'that eggs that simply float but otherwise look normal won't make you sick. In fact, eggs with bigger air pockets are better for hard boiling since it also makes them easier to peel.'

Myth 2: You can tell if chicken is cooked by looking at it

When serving up a poultry dish many of us will rely on sight to decipher whether the bird is cooked all the way through, however, experts claim this is a common error.

According to Refinery29 we should be checking whether chicken is done by it's temperature rather than its appearance.

The lifestyle site reveals that, unlike pork, lamb, and beef, which can be cooked to 145 degrees F and rested to satisfy FDA recommendations for foods safety, chicken should reach 165 degrees F.

Rather than checking to see if the juices run clear or opening the chicken to look for white meat the USDA says using a thermometer is the only truly reliable way to ensure the meat is cooked and avoid over cooking the bird.

Myth 3: Red wine should be drunk with red meat

When it comes to dining etiquette this is one of the most basic rules we learn with wine pairings ingrained into our minds from our first dinner party.

While sommeliers will argue that it is far more complex the general rule is that red wine should be drunk with red meat while white wine should be paired with fish and poultry.

The website states: 'Lighter reds, like Pinot Noir, can match great with lighter, more delicate flavors, and there are bolder white wines (like orange wine) can stand up to heavier flavors.'

Sommeliers also appear to be in agreement that a champagne is often the best option when dining on steak.

Champagne expert Kyla Kirkpatrick told Good Food: 'What most people don't realise is that champagne is actually far more versatile as a food wine than any other wine.'

Damien Adams, Head Chef at Newmarket Racecourses, agrees explaining to The Independent: 'On a summer's day, the Vintage champagne with the steak is just such a great pairing.

'The delicate yet complex layers of the champagne, combined with the fine bubbles, work in harmony with the juicy and succulent texture of the lightly cooked meat. It's fun and different and really works.'

There is no such thing as negative calories, unfortunately. But as celery only contains 10 calories per serving, it makes sense to eat as much of it as you can when trying to lose weight.

Searing meat seals in the juices

How juicy your meat is has more to do with the fat content than it does the method of cooking.

When meat is seared it undergoes a process known as the Maillaird reaction, where the moisture on the surface of the meat evaporates, and it goes through a chemical change which results in better flavour and a pleasing aroma.

But doesn’t actually do anything for the juices. Resting your food after cooking is probably a better way to retain meat juices.

Reduced-fat means the food has 25 per cent less fat than the standard version - but, if it is a fattening food to begin with, it will still contribute to weight gain. Reduced fat crisps for instance will still have more fat than two biscuits.