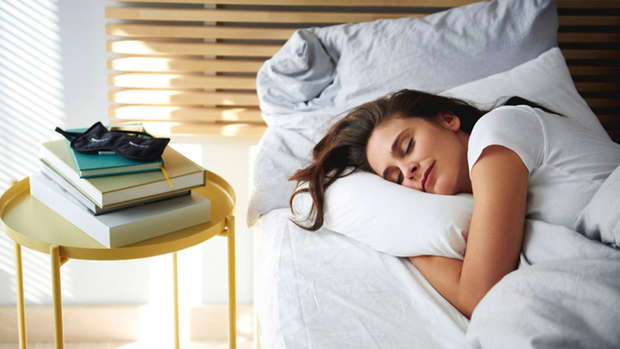 A lifestyle guru has shared a sleeping hack for calming "nonsense" thoughts and easing anxiety.

Writing in her book Kaizen: The Japanese Method for Transforming Habits, One Small Step at a Time, author Sarah Harvey explains how she beat insomnia.

Moon breathing - also knows as Chandra Bhedana in Sanskrit - involves blocking the right nostril and breathing solely through the left.

"I find [it] helps me when it is 3am and my mind is racing with nonsense thoughts," she says.

Experts believe it helps you to settle down to sleep by calming the nervous system, and it is more commonly used as a relaxation method in parts of Asia, including Japan.

Research exploring the health and wellbeing of New Zealanders has found that more than a third of Kiwis report not getting nearly enough sleep or sleep deprivation.

The author also swears by another method called alternative breathing.

"This is called 'Nadi Shodhana' or alternate nostril breathing and is a really simple way to quickly quieten the mind and settle your emotions, so is a useful exercise to have up your sleeve during moments of anxiety or stress," she says.

"It really helps to focus the mind and press the reset button on your nervous system," she adds.

A 1994 study by the Indian Journal of Physiology and Pharmacology found that alternate breathing between the two nostrils has such a profound effect on the nervous system that it could alter the human metabolism.

It showed that men breathing through their left nostrils only, for 27 breathing cycles four times a day, were more relaxed because their sympathetic nervous system activity, which is responsible for the response to stress, had reduced.