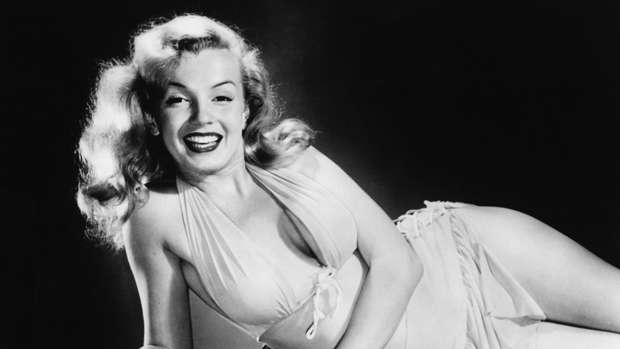 From Marilyn Monroe's curves to Kate Moss' waif-like figure in her supermodel heydey in the '90s, the 'ideal' female body shape has changed hugely over time.

Now research by cosmetic surgery experts MYA has revealed the biggest body and beauty trends since the 1950s, showing just how fluid the idea of the perfect look can be.

The research, carried out using Google trends data, shows that the female body ideal has come full circle from Marilyn Monroe in the 1950s to curvy Kim Kardashian today, reports The Daily Mail.

Following the poverty of WW2, an hourglass shape with bigger breasts, a cinched in waist and wider hips became highly desirable.

Shorter hairstyles with pin curls and stylish up-dos were popular, while skin was kept matte and finished with a cat-eye flick and striking red lips. An hourglass shape like Marilyn Monroe's was coveted in the 1950s. Photo / Getty Images

The London-born model defined the look of a decade with her androgynous style, super-slim build and gamine cropped hairdo and pioneered the trend for slender bodies and long, slim legs.

Flicked up bouffant and back-combed beehives were the hairstyles of the moment.

False lashes gained popularity in the 60s, as thick and full eyelashes became a must. Blue-grey and white eyeshadow looks were popular, with matte skin and pale pinks and res on the lips. Women in the '70s wanted to be slimmer than ever and the ideal figure was seen as toned and athletic like Charlie's Angels star Farrah Fawcett.

Long, feathered hair and flicked out locks were the defining hairstyle, while the natural look for make-up became more popular.

Light foundation teamed with a lot of bronzer to give a sunkissed glow matched with natural brows and shimmering eyeshadows dominated. An athletic shape like Farrah Fawcett's was what women wanted in the '70s. Photo / Getty Images

As supermodels took to the runways for the first time and Jane Fonda became the face of a legwarmer clad fitness phase, the desired body shape became toned and strong.

Cindy Crawford was the icon of the time, and perms and backcombing were the rage.

The make-up of the time called for a face of bright colours; heavy bright pink blush, bold purple eyes and fuchsia lips were popular. Cindy Crawford was the icon of the '80s with a strong and toned body. Photo / Getty Images

The rise of the Victoria's Secret model heralded a tall thin body shape with tanned skin, while Britny Spears ultra toned figure was much in demand.

Nude, glossy lips were all the rage, teamed with purple eyeshadow, skinny eyebrows and rosy cheeks.

Britney Spears ultra-toned figure was much sought after in the noughties. Photo / Getty Images

The ideal body shape is seen as 'healthy skinny' with a toned body, slim legs and large breasts and buttocks.

Hair colour has been a popular trend in the 2010s, with styles such as ombré and balayage taking centre stage.

Instagram has had a noticeable influence on make-up trends, with many opting for bold eyebrows, and Kardashian-inspired contoured cheekbones with plenty of highlighter to accentuate the high points of the face. The current ideal body shape is seen as 'healthy skinny' with a toned body, slim legs and large breasts and buttocks like Kim Kardashian. Photo / Getty Images
This article was first published on Daily Mail and is republished here with permission.