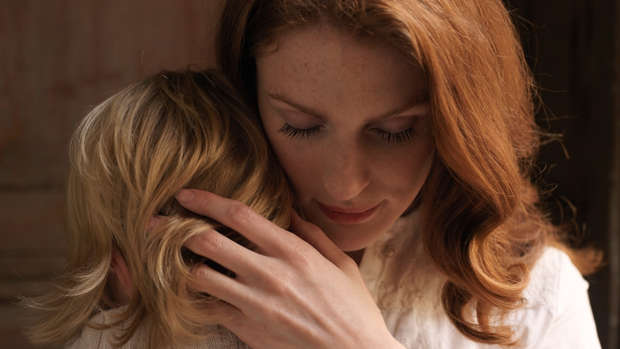 Anxiety is at an all-time high among children and teens, but experts warn that young, worried minds might be better off without comfort from their parents.

According to the Centers for Disease Control and Prevention, more than one quarter of young people between 13 and 18 years old suffer from anxiety, and the Child Mind Institute estimates that nearly 32 percent of younger American children to do too, the Daily Mail reports.

With a constant stream of information and media, it is easy to "catch" your child's own anxieties over a world full of threats and discomforts.

But, Concord, New Hampshire-based psychotherapist, author and speaker Dr Lynn Lyons says that parents must resist the urge and veer in the other direction, coaxing their children - and themselves - to approach challenges, rather than retreat from them.

To treat a family member's anxiety, Dr Lyons says, you have to treat the whole family.

Like many in her field, Dr Lyons speculates that children's anxieties stem in part from information-overload.

Their parents, too, are inundated with more connectivity and media than ever before, and their information and related anxieties trickle down through the family structure.

For stressed out parents, assuaging and avoiding anxiety's causes often seems like the quickest, most conflict-free solution to their children's worries and the best way to preserve some semblance of order in their families.

"That seems like a good idea at the time because it immediately calms things down and gets the child to be more cooperative," says Dr Lyons, "but the problem is that the avoidance globalises."

Anxiety "is like a cult leader. It shows up and it starts making rules," she says.

"If you're in a cult and you listen to the leader, then everything goes pretty smoothly. But when you break a rule, it gets angry."

When parents encourage children to avoid whatever may be making them worried or fearful, this feeds the core of anxiety: comfort.

"Anxiety's rules are pretty simple. It says we have to know everything, have to be certain, and we have to be comfortable. The more we give anxiety what it wants, the stronger it gets," Dr Lyons says.

Fostering this tendency to be averse to uncertainty does not translate well to the adult world, where adversity and discomfort are inevitable.

In the short term, parents that indulge their children's anxieties 'are going to be run by the cult leader. That [anxious] cult leader might be six years old, but it's pretty darn powerful."

The long term consequences for parents, but especially for their children, can be much more dire.

Research has shown that childhood anxiety is one of the strongest predictors of depression in teenagers and young adults, a trend Dr Lyons says she's seen borne out in her practice.

So much so, in fact, that Dr Lyons is starting a support group for young people struggling to "move forward independently."

Appeasing anxious children can "limit their range of function, their ability to grow and to develop resilience" down the line, says Dr Lyons.

Many parents have reached out to Dr Lyons with a familiar story: Their child went off to a semester of college, but returned home, reporting that they are anxious and depressed.

"Unfortunately, it's a predictable course of events," she says.

Only a little more than half of US students that go to college graduate within six years.

"Anxiety is depressing. If your cult leader is always saying 'you can't do this, what if you screw up,' it's exhausting," Dr Lyons says.

Instead, she advises that parents need to take the lead, both by example and by guiding their children to confront their anxieties.

If a child is "hearing [their] parents worrying about all the things that could possibly happen and everyone is on a quest to be sure you're not distressed or uncomfortable, that you're always safe...the more we [then] perpetuate this idea that the emotional norm is that you feel safe and comfortable all the time, and if you don't [feel that way], that's a problem," she says.

Parents need to encourage their children to face their anxieties and accept that they simply can't know everything all the time, and that's okay.

This does not mean confronting every individual fear, but quite the opposite, Dr Lyons says.

Instead, she counsels children and parents together to confront their responses to worry in general rather than whatever triggered those anxious feelings.

And that's hard for parents for whom "the hardest thing to tolerate is that we can't always keep our kids safe, but in pursuit of that, it's actually backfiring," Dr Lyons says.

She suggests coaching them through problem-solving and "talking back" to their worries, but never treating their troubles as an illness.

"We have to be careful that we’re not giving families and kids the view of this is who you are, I have a much more optimistic view of kids being able to grow and change, and families too," says Dr Lyons.