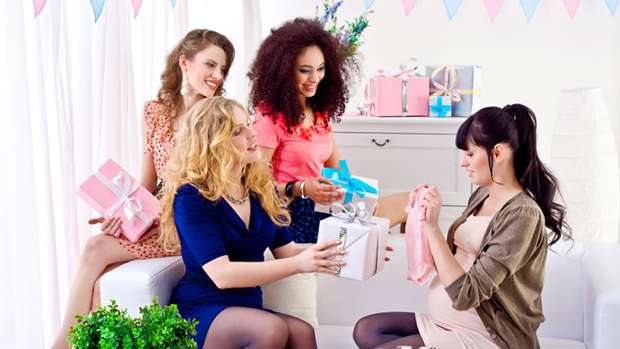 A woman says she was shocked when a friend decided to charge her to attend her baby shower.

The woman posted on Reddit that her pregnant friend decided to introduce a "cover charge" for her baby shower.

"About a month prior I receive a text from my close friend inviting me to her baby shower," she wrote.

"I pay all my own bills, work full time while being full time in college so money and time is tight but I knew this was important so I went ahead and told her I would request time off work and definitely be there. A week later I went out and splurged and bought bottles, pacifiers, baby shampoo, etc as a gift to give her at the baby shower."

With only one week to go before the party, the mum-to-be reportedly sent a text to her friends advising the shower would also be a gender reveal party and would actually take place three weeks later than planned.

"I was slightly annoyed because I knew I was going to have to request time off work again and buy another gift. I told her I would try my best to be there but I couldn't make any promises," she said.

With only two days before the event, another text arrived, this time asking attendees to bring $20 to attend the party.

"I was seriously blown away. I understand it takes planning and money to put together a party but it was her choice to have one. I texted her privately outside the group message and told her I didn't have $20 extra to bring to the party, since I already got her a gift and had other bills to pay," she continued.

"She replied saying 'Sorry girl, I can't make just an exception for you. You promised you would be there!'"

Shocked, the woman says she didn't reply and just did not show up for the event.

"She texted me a few days later informing me I was disinvited to the future baby shower and how she was appalled I couldn't even send a message to let her know I wasn't coming after I said I would be there."

The incident ended the close friendship between the two women.

Reddit users sympathised with the woman and didn't agree with charging for a baby shower.

"You can't afford what you can't afford," one person said. "And yeah, an entry fee for that sort of party sounds super insane to me. Who does that?"

"Seriously, $20?! What are you a hot NYC nightclub? Who charges a cover for a private party?" another person responded.