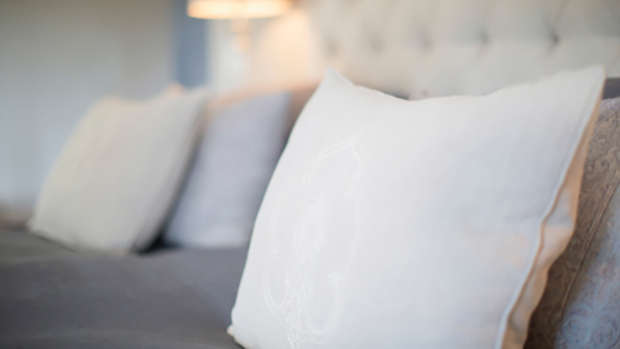 How often do you change your pillowcases? Because apparently we're not changing them enough!

Previous research has showed that only 35 per cent of adults changed their bed linen once a fortnight - with one in ten confessing they didn't bother to do it more than once a month.

But, Australian cleaning guru Shannon Lush has shared some advice... and not only did it surprise us, it also made us feel super dirty!

'Pillowcases should be changed every second day without fail. It’s against your face, and your hair holds more dirt than anywhere else on the body. It’s like a mop,' Lush revealed.

'Most people don’t wash their pillows enough, and it’s really vile,' she added.

'It collects old skin cells, which we shed especially when we are asleep. The pillow is a major cause of blackheads.

'Human skin is protein, and lots of nasties live in protein. If you don’t use protectors, that will go in to the bedding. And you wouldn’t leave a steak in the middle of the bed, would you?'

We sweat out on average more than 98 litres per year, so you can just imagine the build-up of bodily bacteria, dirt and dead skin that ends up on our pillows at night!

Lush also shared her tips on how to know when it's time to trade in your old pillows.

'If you hold your arm out and drop your pillow over your forearm widthways and it sags, then it’s time to buy a new pillow,' she said.

'Ideally, pillows should be replaced when they’re lumpy, saggy, smelly or discoloured – the time between buys depends on level of usage, how much you sweat, how often it gets washed and so on - best to stick to the above visual and nasal clues.'

Any one else feeling a tad dirty?