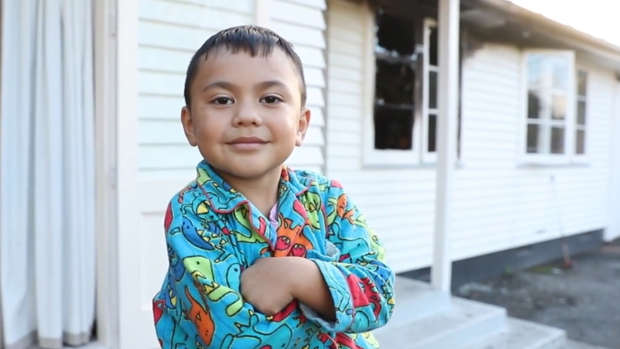 A Manurewa mother who was sound asleep during a house fire has labelled her 4-year-old her hero.

Kristal Johnson works night shifts as she and her husband juggle childcare, and was sleeping after a shift when her McDougall St home started to go up in flames this morning.

Her 4-year-old son Tobias heard the smoke alarm go off and woke her up to tell her they had to leave the house.

"It would be a different story if he wasn't there," Johnson said.

In a state of panic, Johnson tried to put out the fire but her son was adamant they just needed to leave the house.

"Fire people can help all the time Mum. They put the fires out - not us," Johnson said, recalling her son's words.

Johnson closed the door to prevent the fire in the front room spreading further and left the house with her son. She suffered minor burns on her arm during the fire. 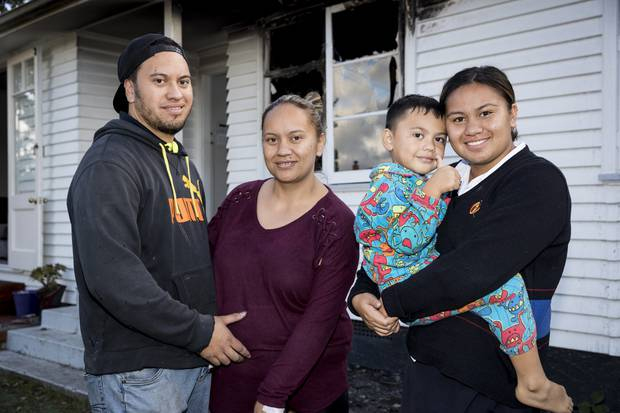 The Johnson family Philo, Kristal, Brooklyn, 17, and Tobias, 4, outside their home in Manurewa that was damaged by fire. Photo / Dean Purcell

"He was so amazing, he even got our dog and put our dog in the car."

He tried to keep his mother calm, Johnson said.

She said it was incredible to think at only 4, she owed her young son her life.

"I'm five and half months pregnant - so there's a lot at stake."

She later asked him how he knew what to do and he said he saw it on television.

Her daughter's bedroom had been badly burnt in the fire but it had not spread through the rest of the house. Johnson said the most important thing was that everyone was okay.

Four fire trucks attended the blaze shortly after 9am, after receiving multiple calls.

The incident controller at the scene, Lance Kearney, said it was great the family had a smoke alarm and that they all knew what to do when they heard it.

"That was tremendous from a 4-year-old."

Johnson had fairly quickly realised the fire was beyond her capability to put out and "made an early decision to get out", Kearney said.

She closed the door and that had slowed the spread of the fire significantly, he said. 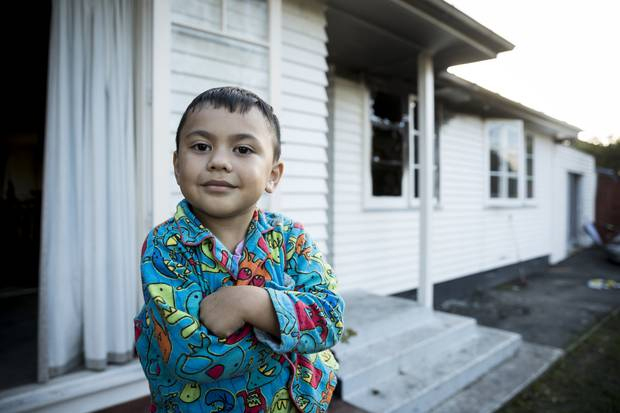 Quick-thinking Tobias Johnson has been hailed a hero by his family. Photo / Dean Purcell