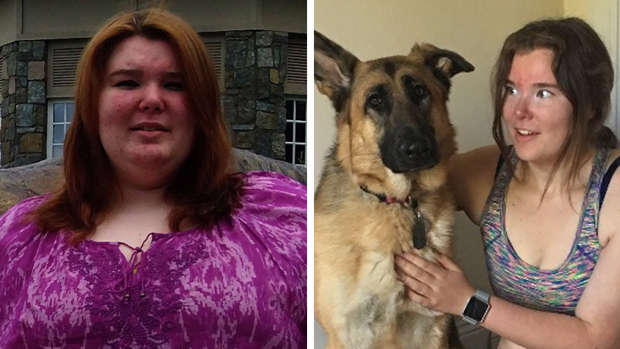 An obese teen bullied so badly she dropped out of school after being told she would 'dent the floor' has lost 14 stone (88 kg) thanks to her canine companion.

The taunts, which included being snickered at for her weight and referred to as 'big Jen', caused the teen to quit school and rarely leave the house or exercise. 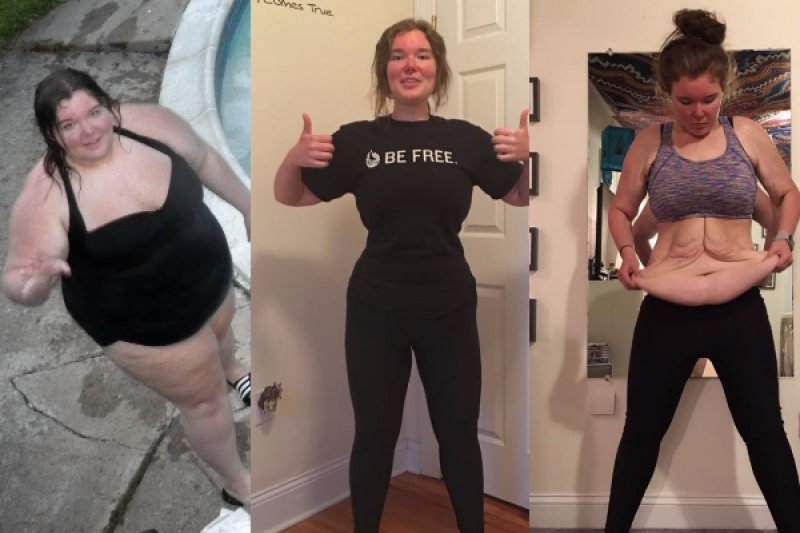 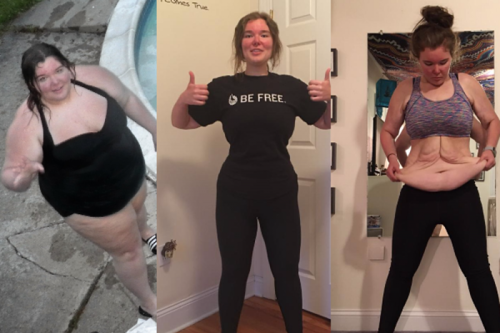 Two years ago, after struggling to squeeze a car seatbelt around her large frame, enough was enough and she ditched junk food from her diet.

Then, after adopting a German Shepherd puppy called Nadia, Jenna began exercising while taking her on walks and now also goes to the gym every day.

Jenna, who returned to school and is studying exercise science, credits her four-legged friend, now two, with helping her to transform her life.

Jenna said: "I had been overweight my entire life, growing up I would seek comfort through food and always was overeating.

"I heard a lot of vicious comments, things like 'I hope she didn't dent the floor' if I tripped, fell or slipped. 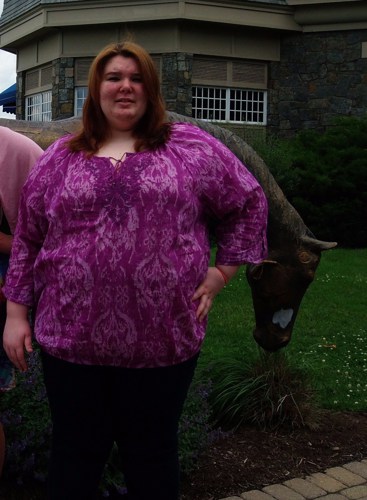 "People would snicker and giggle behind my back and one person I thought was a friend called me 'big Jen', which was a real knife in the chest.

"It wasn't until I was approaching 400lb that I noticed the car seatbelt wouldn't buckle around me and on the times when it did fit, I couldn't move at all.

"I knew I needed to change, being so large was painful and made my whole body ache. I had depression, anxiety and never understood how to deal with problems without food.

"So I started off going for short walks around my neighbourhood, then I cut out all of the terrible sugary and processed foods I was eating.

"Then when we got a dog I started taking her for multiple walks a day and then that progressed to working-out with her using jump ropes and other things.

"When she was a puppy she would chew everything, I figured if I could keep her tired I would stop her from destroying everything.

"But over time she became my best friend and helped me to lose weight.

"Now whenever I see how much I weigh, I feel like I'm going to explode with joy.

"It makes me feel very happy and so proud of who I have become and what I've overcame now." 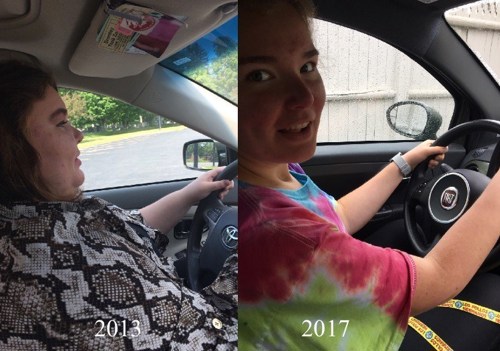 At her heaviest Jenna had a body mass index of 62.3 putting her into the highest category of obesity - a normal score ranges between 18.5 and 25.

Jenna said: "After dropping out of school I wouldn't leave the house, I would just sleep and eat all day, which led me to gain even more weight.

"I barely exercised, I was so unfit that when I got out of bed I would have catch my breath.

"When I was that big it felt like my bone and joints were hurting all the time, even going for a ten-minute walk was painful."

But after realising she couldn't keep living at such a dangerously high weight, Jenna drastically changed her diet, binning all sugary and processed food.

She also started exercising with Nadia, now 2, which gave her the fitness level to start going to the gym. 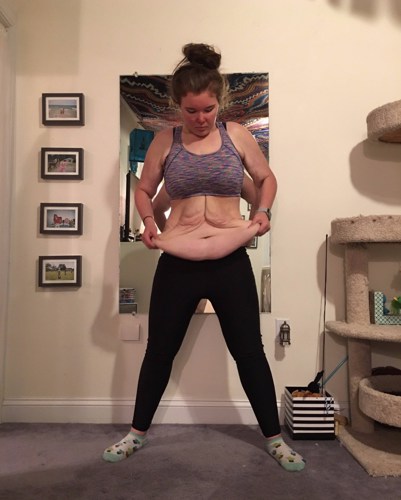 Jenna said: "I cut everything, I haven't had a soda in two years and haven't been eating candy at all, before I used to eat multiple bars a day.

"I started off walking Nadia for short distances, then we increased it more and more until we were exercising together.

"Now I go to the gym for an hour every day too, before I couldn't have dreamed I'd be able to do that, I couldn't imagine being able to run."

Jenna has slimmed down to 12st 7 (79 kg) and believes goal setting was pivotal to keeping her on track.

She added: "I kept setting small goals and after hitting those milestones I would set a new one, the little achievements made me feel like I was conquering the world.

"I'm a new person now and feel like I have been reborn, I can't imagine living my life at such a high weight ever again." 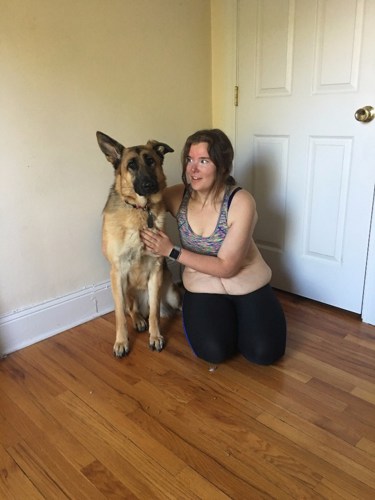 But since shedding an impressive 13st 11 (88 kg), Jenna has been left with excess skin all over her body.

She is now fundraising to remove the extra skin from her stomach and hopes once it's gone she will no longer be 'haunted' by how big she used to be.

Jenna said: "I struggle because of the saggy loose skin all over my body, no one warns you about how your skin will appear after you've lost a lot of weight.

"Some days I feel like I'm the same person I was at my heaviest because of all the excess skin. 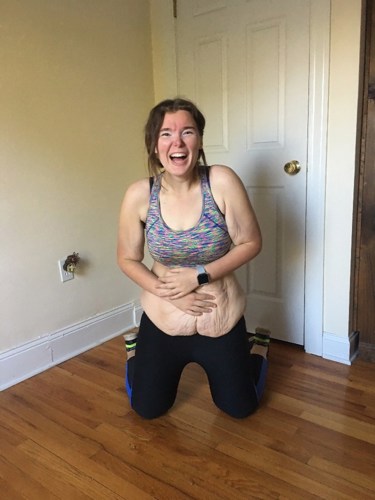 "When I see my arm jiggle, it sends me into panic mode and I fear everyone is making fun of me all over again.

"Removing the skin is very expensive but it would make a massive difference to my life.

"On tough days, I have to keep reminding myself how far I've come and if people know who I am, they will know what I've been through."

You can donate to her cause here.

- overnight oats with a banana or apple

- half a turkey sandwich, with half a slice of cheese and mustard, with carrots or fruit

- almonds, brazil nuts or a pear

- small bowl of chicken and asparagus