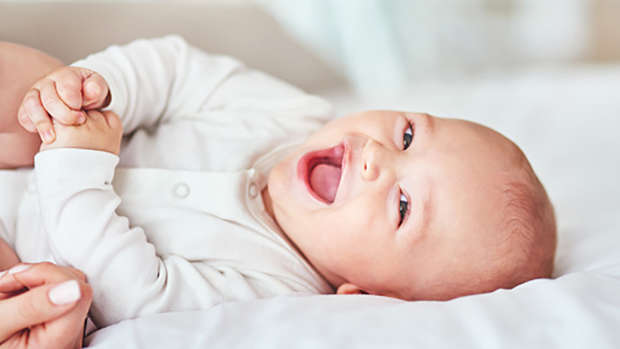 Trying to conceive can be an exciting time, but it can also bring its fair share of frustration and emotions.

To optimise fertility, as a couple, you tend to become more conscious of the food and beverages you put into your bodies while setting aside time to exercise.

We also spend hours researching other tips and tricks to improve our odds of having a baby.

But did you know, the style of underwear your man wears also has a massive impact on fertility?

At least that's what new research from the Harvard T.H. Chan School of Public Health in Boston says.

For the study, researchers collected survey responses and semen samples from 656 men, aged between 32 and 39.

As part of the questionnaire the men completed, they were asked about the style of underwear they wore in the previous three months. Options included boxers, jockeys, bikini, briefs, and other.

The researchers found that men who wore boxers had a 25 per cent higher concentration of sperm, a 17 per cent higher sperm count AND more sperm in a single ejaculate than those who favoured other underwear styles.

In addition, analysis of blood samples collected from 304 of the study participants showed that men who wore boxers had 14 per cent lower levels of follicle stimulating hormone (FSH).

FSH is known to play an important role in male fertility and is associated with sperm production.

"If I were getting ready to start trying for a baby, I’d go shopping for boxers about three months ahead of time," said senior study author Dr. Jorge Chavarro of the Harvard T.H. Chan School of Public Health in Boston.

"As a society, traditionally, fertility has been thought of as a female issue. But when you actually look at problems you have to remember it’s a team project. And you can identify problems with the man in about half of the couples and in about a third, it’s exclusively the man."

However, there was some good news!

The types of underwear didn’t affect the sperms' structure or their ability to swim forward.

So, what else did they find?

The researchers now know that the best temperature for sperm production is 3C to 4C cooler than the normal body temperature of 37C.

"That’s why you see seasonal variations in sperm count," he added. "That’s also why we tell men not go into Jacuzzis."