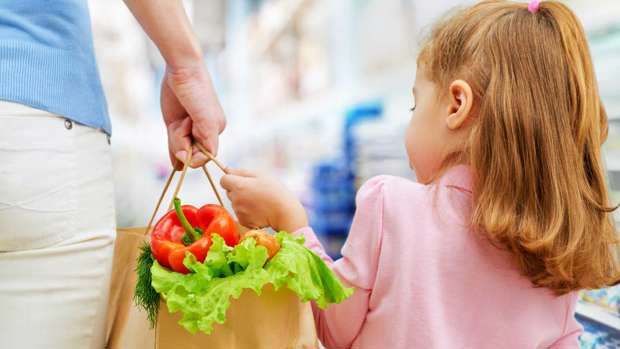 As any parent will verify, coaxing a child into eating their greens is not a pleasant experience.

But researchers now claim to have found the secret to getting them to eat vegetables... and enjoy them.

It seems children who help choose the ingredients to make vegetable-based snacks are much more likely to eat them, reports the Daily Mail.

It is estimated only about 16 per cent of pre-school children in the UK eat the recommended daily allowance of five portions of fruits and vegetables.

In the study, scientists at the Basque Culinary Centre in San Sebastian, Spain, took a group of 86 children aged eight to 10 and told half of them to help their parents shop for the ingredients needed to make three different vegetable-based snacks or drinks.

They were homemade apple and beetroot juice, courgette tortillas and spinach cookies.

The rest spent the afternoon playing in a workshop with no exposure to vegetables.

Both groups were subsequently offered the chance to sample either the vegetable snacks or foods they were more familiar with - chocolate, orange juice and chips.

The results, published in the journal Appetite, revealed 70 per cent of the children who helped choose the vegetables in the shop tried the snacks.

But only 20 per cent of those who did not help with the shopping opted for the healthy snacks. The shopping group were also more likely to say they enjoyed them.

Researchers said giving children a bigger role in the shopping process could be a way for parents to bolster healthy food intake.

They said: "It has previously been shown that involving children in cooking can increase their willingness to taste novel foods and direct their food choices towards vegetables.

"These results show the importance of involving youngsters in the different steps of meal preparation."

Experts have long believed the key to upping their healthy intake is getting "picky" youngsters to taste different foods.

One recent study found letting infants play with their foods, often frowned on by parents, improves the chances of them eating greens.

And another revealed youngsters are much more accepting of vegetables if their mothers eat lots of them when they are breastfeeding, as exposure to vegetable flavours in breast milk gets them used to the taste when they later try solids.