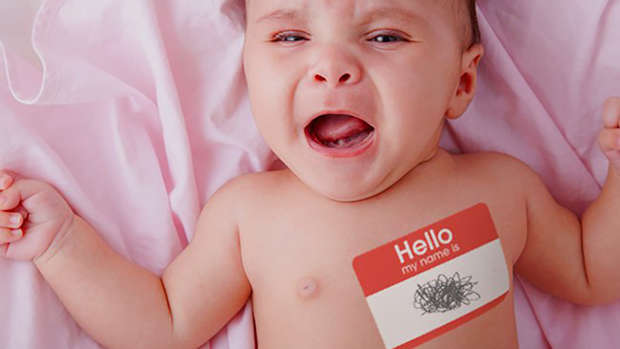 Whether you've gone traditional or unusual, all parents choose a name that sums up how special their new baby is.

But one mother has come under major fire for claiming that hyphenated monikers are 'lower class'.

The argument erupted when mum-to-be, Heather, asked Netmums users for their opinions on names that contained a hyphen.

Fellow mother, Rachel, was quick to respond saying all the children she knows with double barrelled names live on council estates.

"I really dislike them. I don't see the need for a symbol in the middle of a name."

"I live in an area where half the children at school live in council houses. I don't know any child with a hyphenated name that doesn't live in one of them.

"So yes, I see them as lower class," she continued.

"And I hate them even more when the poor kid has a double barrelled surname as well."

Another mother agreed saying: "They're considered lower-class in my area too, sorry. Every child I know with a double barrelled name has parents who don't work and sit at home on benefits, shout, swear and smoke at the school gates and expect everyone else to shell out for them."

Naturally the comments provoked a furious response from people.

One said: "Lower class? Wow. My name is double barrelled - Carol-Ann. I have a mortgage on quite a large house which I have owned since I was 23 years old and a career in a job that pays well. A 'symbol in the middle of a name' doesn't define a person. What a ridiculous comment to make."

Another blasted: "I don't think you can pin a name on class, that is very judgemental and the same goes for where people live."

"My daughter has a hyphenated name. Evie-Rose. I love it," a third shared.

What are your thoughts on hyphenated names?