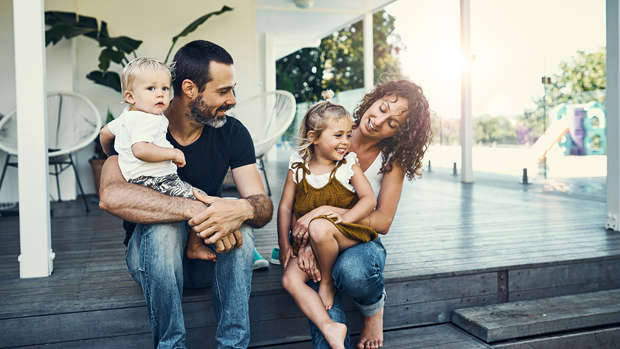 According to a survey from Mumsnet, more often than not, it’s the youngest child who ends up being the apple of their parent’s eyes.

23 per cent of parents who took part in the survey admitted that they do, in fact, have favourite child, and of those, 56 per cent revealed that it was their youngest little angel who was their favourite.

Sadly for the eldest children, only 26 per cent of parents said that they were their number one.

The survey also suggests that many parents end up having a favourite child due to that particular bub is "easier", with 61 per cent saying that particular child was less "tricky and demanding" than their siblings.

However, more than half of Mumsnet users, 55 per cent, said that they thought it was "awful" to have a favourite child.

Mumsnet founder Justine Roberts said: "Favouritism is one of the last taboos and can provoke a lot of guilt, so it’s important to say that feeling a greater affinity for a particular child – often, whichever one is willing to put their shoes on – is fairly common, and doesn’t have to be disastrous. Toxic favouritism, where siblings become aware of being treated unfairly over the long term, is a whole other ball game. The distilled Mumsnet wisdom on this issue is that lots of parents like their children differently: the crucial thing is to love them all wholly."