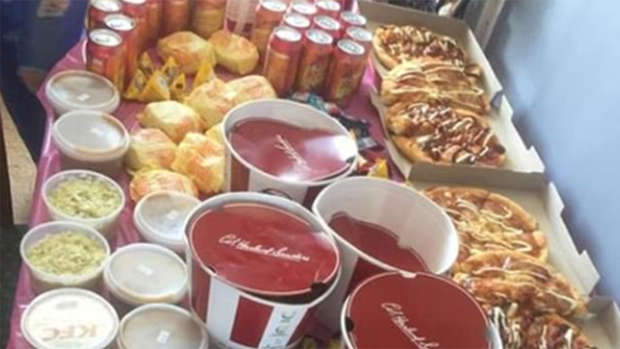 A Kiwi mum was slammed by fellow parents after buying McDonald's, KFC, pizzas and fizzy drink for her daughter's seventh birthday.

The mother shared an impressive image of the spread she put on for her daughter, but not everyone was in a celebratory mood.

After posting the photo in the food group Heils Kitchen, she was slammed and told she's giving her "children diabetes" and sending them down a path of no return.

"My girl's 7th birthday party. Kentucky chicken, cheeseburgers, Thai food, pizza. This is not a healthy diet," she wrote in te reo Māori.

Overall, the mammoth meal included 20 cheeseburgers from McDonald's, 20 cans of fizzy drink, 10 pizzas, six buckets of KFC and coleslaw, as well as five tubs of potato and gravy. 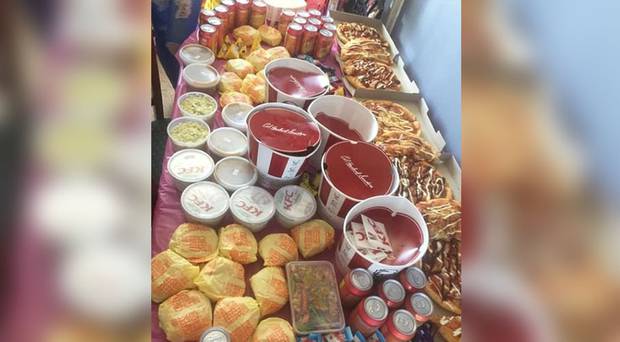 While most kids would love this for a birthday party, many parents from the group and around the world slammed the mother for her "diabetes birthday" meal.

"Happy birthday, we got you a heart attack," one person said.

"New Zealand has a massive obesity problem and this is not helping. No seven year old needs food like this," another suggested.

However, not all were critical of the mum's birthday spread. 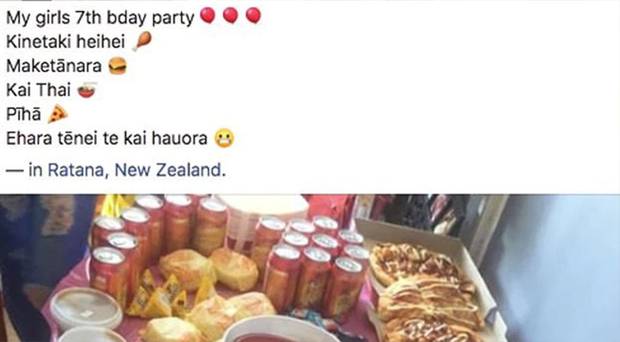 A number of Kiwis jumped to the defence of the parent, with many saying its a one-off birthday and the mum should be proud she can provide for her daughter.

"These people from overseas slamming us have no clue about the Kiwi culture. That feed is not just for a bloody seven-year-old. That's for uncles, aunts, cousins, friends and the list goes on," one said.

Another explained: "At least this mama paid for the kai unlike those bloody unruly tourists from the UK who did nothing but cause New Zealand a headache."

"I've never seen anything so beautiful in my life."

Heils Kitchen Facebook group is a page dedicated to helping people stay away from takeaways and encouraging parents to cook at home.

This article was first published in 2019 on the NZ Herald and is republished here with permission.