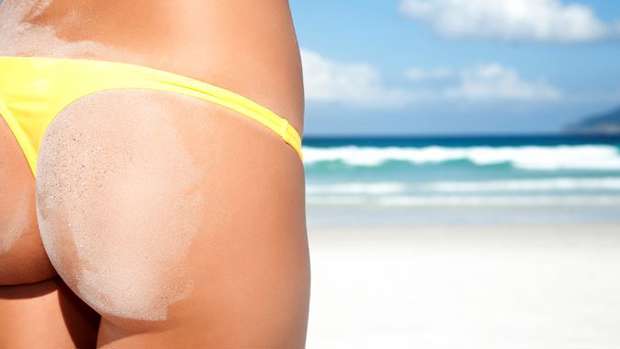 A Taupō mum who is fed up with seeing "g-strings" in the district's swimming spots has called for public signage banning the cheeky togs.

Kayla Edwards started a debate when she posted her concerns on social media two days ago.

She told NZME she felt uncomfortable taking her family swimming at Spa Thermal Park because others there didn't know what "appropriate" swimwear was.

Edwards said she was shocked when more than 100 people replied to her Facebook post, many with "negativity and backlash".

"I actually expected that most people would agree... and maybe we could actually get a sign?"

She said she was labelled "jealous and a prude".

"I don't have to prove I'm hot by prancing around in public wearing a g-string. I have enough self-love to do that clothed respectfully."

She apologised to anyone who felt belittled but said her opinion hadn't changed.

"Maybe it is good that people are stirred to consider their moral standards."

She said her daughter thought the swimwear was rude "as I've taught her about dressing modestly".

Gray said she also often saw people "undressing right by the swimming spot instead of going up the walkway to use the changing rooms".

She was "horrified" one day when a middle-aged man "got out of the water and pulled his shorts down exposing [himself]'' next to her family.

"My daughter was disgusted being exposed to a man... and put her hand over her eyes."

"I do think the council should put signage to say no nudity or undressing at local beaches."

While other locals had no issue with skimpy swimwear.

In a brief comment, the Taupō District Council said it had not received any complaints about skimpy swimwear or public nudity at council-owned swimming sites in the last year.