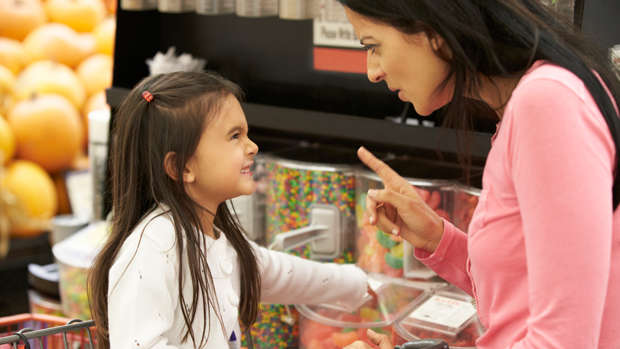 But at times they make your head shake in horror when they make an absolute jaw-dropping comment in public.

While all parents love their children, sometimes they wish they'd just left them at home after being humiliated in front of a group of shoppers.

Many Kiwi parents have fallen victim to their child's loose mouth, but now they've opened up and revealed the most awkward, embarrassing and disturbing things their kids have said in public.

From calling out gang members to dobbing Mum in to Nana, here are some of the best (or worst) comments kids have made in public, as told by Kiwi parents:

"I went to the pool with my little brother and sister and there was a dwarf there and my little bro screamed and pointed 'LOOK ITS AN OOMPA LOOMPA'. I've ever been so embarrassed."

"My eldest son, as a preschooler, was obsessed with trucks. Problem was, he pronounced 'tr' as an 'f' sound. In a busy Birkenhead supermarket car park he excitedly pointed at a delivery vehicle and shouted: 'Truck!' with all his effing effort. People stopped in their tracks to look at me with my son, as he pointed at another huge delivery vehicle and hollered with all the gusto he could manage 'Big FFF-UCK!!!'"

"Standing in a gas station with my 7-year-old daughter and there are three Hell's Angels patch members lined up behind us and she looks at them and says to me 'Dad, why do they have those things on there [sic] back'. FML really kid."

One Taranaki father revealed he died of shame when his 4-year-old son approached an overweight man while out shopping.

"We were in the Warehouse when my son saw a fat man. As he walked past my son asked out loud when the fat man was having a baby. It's safe to say I left the store pretty quickly," he told the Herald.

"My son wound his window down at the lights and asked the car full of young guys next to us to come to mummy's house for a play date... he was 3."

"During a rental inspection my daughter, 3 at the time, had a calculator. Punching in numbers she turned to the lady and simply said 'excuse me miss do you know what this says?' (showing the lady the numbers on the calculator). 'No', she replied. 'What does it say?'. My daughter responded: 'It's just about time for you to leave'. A priceless moment I will never forget."

9. Taking on the law

"My brother calls the police 'pigs'. One time we got pulled up and my son tells them to 'go away u pig s**t'. Such an embarrassing moment."

"When I [an 18-year-old woman] was bald after shaving my hair off for charity I was waiting in a takeaway line and a little girl grabbed her dad's leg and pointed at me and said 'why is that boy wearing a dress?'. The dad looked so embarrassed I just cracked up. I had to wear a dress or I looked like a man haha," one woman told the Herald.

"I was waiting in the queue in the bank, as quiet as a library. There was a man at the front of the queue. His skin was black, like you see of people from Africa. My 3-year-old son had never really noticed skin colour. He said in a loud voice 'Mummy, that man is black!'. I just said 'yes he is' and left it at that. It was the first time he had ever realised people were different colours. Everyone else around us, turned and stared at us ... but he had done nothing wrong. He just stated a fact and I agreed. There was no racism, no hate, no malice ... just stating what he saw in front of him."

"I was Skyping my daughter's nana so she could say thank you for the Easter eggs she sent her. Unfortunately, a lot of the Easter eggs were yucky and so I ended up chucking out half. While on Skype my daughter dobbed me in and said to her 'Mum threw the Easter eggs out Nana!' I quickly had to say that we threw the rubbish out, not the eggs. I was so embarrassed."

"Omg my nephew is the worst... 'You been on the piss aunty? Aunty you smell like chiggy. Aunty I got toe jams. 'Poo Aunty did you fart?' Boy you're staying in the car mate. Haha love him."

"I was 7 and at a family barbeque when I turned around and dropped the C-bomb in front of everyone. My mum's jaw dropped and she had no idea what to say or how to react. I have no idea who I learned it off though."