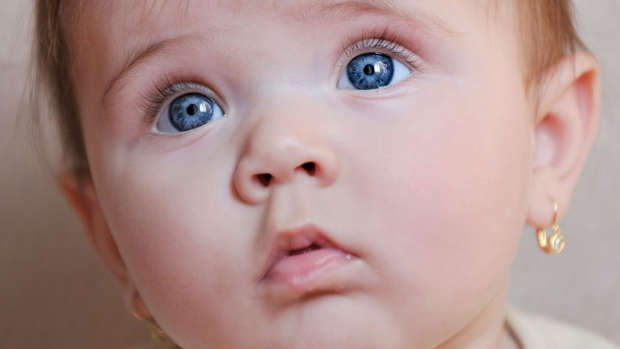 Parents have lashed out at a mother after she announced she was going to get her baby's ears pierced.

In a post to Netmums, the mum sparked a wave of criticism as many compared the choice to "child abuse".

In the "babies - 12 months" category, the unnamed mother wrote: "I'm planning to get my daughter's ears pierced."

The mum, who was still breastfeeding, asked other parents if getting her young daughter's ears pierced would affect the comfort of her baby while breastfeeding.

"I just want to know if any mums have got their daughter's ears pierced while breastfeeding. How did you manage to breastfeed/ the aftercare? Did it take long to heal?"

"And your [sic] planning inflicting pain on your child why?" one mum wrote.

"Leave her alone until she is old enough to choose for herself whether she wishes to have her own ears pierced. It's her body not yours."

Another parent said piercing was "child abuse and should be made illegal".

One parent pointed out the health risks of piercing a baby, reminding the mother that aftercare needed to be considered.

She explained that "babies often pull their ears when they're tired, which could be painful for them or cause more damage."

She added: "There's the chance they will pull an earring out and put it in their mouth. They could get caught when they're playing, and there's the issue of being comfortable when sleeping and feeding."

However, a number of parents jumped to the defense of the mother.

"It is a case of do what you want because it's her baby! I'm actually one of the only people I know with a baby/child that hasn't got my babies ear pierced, but no way do I look down on or judge people that do! [sic]", Kayla wrote.

"It may look tacky to you, but just remember everyone has different opinions!!"

"Bettsy", who pierces ears explained the dangers of piercing a baby's ear but warned others not to be so judgmental.

"I pierce ears for a living and we pierce babies from 4&1/2 months old providing they've had all injections etc," she wrote.

"It's difficult as there are pros and cons to both sides. We aren't allowed to pierce if the child has anything in their mouth (dummy etc) or if the child says at any point they don't want to.

"The person also has to be fully awake (can go into shock if sleep/anything in mouth) and stress-free.

"I personally couldn't do it at a young age but every mother is different and entitled to their opinion/belief."