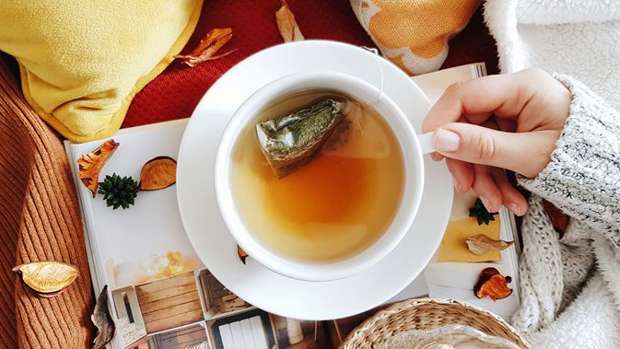 We all love a good cup of tea, but could the popular beverage be doing us harm?

Tea is consumed across the world and for centuries, people have touted the health benefits of drinking it.

After all, tea is rich in antioxidants, which prevent chronic diseases and help repair cells in the body.

But, it turns out, tea bags aren't good for us.

A recent study conducted by researchers at McGill University in Canada found that a cup of tea may contain a hefty dose of microplastic which is released when hot water is poured through plastic tea bags.

According to the study, just ONE plastic tea bag can release about 11 billion microplastic - defined as small (less than 5mm in length) pieces of any kind of plastic debris - and 3 billion nano plastic particles into a single cup of tea.

While most teabags are made from paper, with a small amount of plastic used to seal them shut, premium brands have switched to using plastic mesh so that the tea is held in a pyramid shape, which producers claim helps the tea leaves infuse better.

"The consumer should avoid plastic packaging, not a specific brand, and definitely not the tea that comes inside," researcher Laura Hernandez said.

"We encourage consumers to choose loose teas that is sold without packaging or other teas that come in paper teabags."

The World Health Organization (WHO) says such particles in drinking water do not appear to pose a risk.

But WHO also said their findings were based on "limited information" and it called for greater research on the issue.