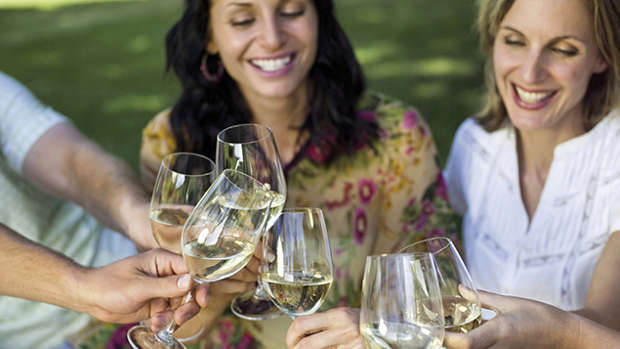 You wouldn't be the only person to think alcohol and memories just don't mix.

We mean how many of us have woken up the morning after a big night out with a fuzzy recollection of our alcohol-induced antics?

Well, it turns out drinking alcohol can actually help improve a person's memory.

At least that's what a new study says...

Researchers at the University of Exeter split 88 social drinkers (31 men and 57 women) into two groups.

One group drank alcohol (up to the average of four units), the other did not.

Both groups were given a word-learning task.

The next day, they all did the same task again - and those who had drunk alcohol remembered more of what they had learned.

"Our research not only showed that those who drank alcohol did better when repeating the word-learning task, but that this effect was stronger among those who drank more," said Professor Celia Morgan, of the University of Exeter.

"The causes of this effect are not fully understood, but the leading explanation is that alcohol blocks the learning of new information and therefore the brain has more resources available to lay down other recently learned information into long-term memory," said Morgan.

The researchers are, however, keen to stress that this limited positive effect should be considered alongside the well-established negative effects of excessive alcohol on memory and mental and physical health.